Tahith Chong has been on the fringes of the Manchester United first team since the 2018/19 season. Like many others, he has been given opportunities in cup matches and off the bench in the Premier League but it may be fair to say he is yet to make any significant impact at all.

Chong must have felt a little bit frustrated this season when he had to watch fellow academy graduates Mason Greenwood and Brandon Williams take their first-team opportunities in style, while Chong, who will turn 21 in December has found the transition from youth and under-23 football into the first team more difficult. He has been given minutes from both Jose Mourinho and Solskjaer but is yet to enjoy a consistent, long-term run in the side.

A loan move to Bundesliga side Werder Bremen for this season might be the kick start he needs to unleash his potential. Whilst his output in the first team at Manchester United has been underwhelming, he has, on occasion, shown glimpses of the natural talent he has, but these moments have been too fleeting.

This tactical analysis, in the form of a scout report, will take a look at Chong in action for Werder Bremen against Groningen and we will provide analysis of his performance and how he was used within his side’s tactics in that game.

Werder Bremen play a 4-3-3 formation in attack and left-footed Chong began as a right-sided attacker, a position he has played at Manchester United, utilising his pace and his ability to cut inside, drive into the box and shoot on his stronger left foot.

Chong’s pace is always a handful for opposition full-backs, as he can time his runs and wait for the opportune moment to make a dart beyond the defender and probe into space. Here, Chong feints to make a run, which attracts the full-back and puts him off balance; then once the ball is played through he is able to get on the wrong side of the defender and sprint into the space behind. This is a tactic Chong uses often.

It seems Chong is already an influential player for Bremen and Groningen struggled to cope with his pace all afternoon. His teammates are acutely aware of the danger he possesses due to his pace and often looked to exploit that speed by playing him through.

On other occasions, he was able to come slightly deeper to get the ball, play a quick pass around the corner and then attack the space in behind.

One of the attributes that made Chong such a prospect in Manchester United’s youth teams was his dribbling ability. His ability to run at pace with the ball seemingly glued to his left foot has drawn inevitable comparisons with Red Devils legends such as George Best and Ryan Giggs.

Chong’s goal in the 33rd minute comes as a result of his dribbling ability. The ball is won back by Bremen near the centre circle and straight away the ball is released to Chong who picks it up with the intention of driving forward.

As he approaches the penalty box, he only has one thought in his mind as he rides a couple of challenges and places the ball in the far corner.

An admirable feature of Chong’s game throughout this particular fixture was his ability to take the ball with his back to goal, or on the half-turn, to make something happen. On this occasion seen below, he receives the ball in a seemingly non-threatening situation.

Chong takes one touch with his right foot, turns quickly and within an instant, Werder Bremen are in a threatening position.

Unfortunately, on this occasion, Chong’s cross does not find its intended target and the attack peters out, but his ability to make something out of nothing is very encouraging.

It is quite clear that just by looking at Chong in comparison to a few months ago, he has filled out and put on some muscle; and at 6’1”, he has the potential to be quite an imposing figure.

Here, he was using his body to protect the ball and back into the defender, which, on several occasions, earned his team a free-kick and thus, the opportunity to play the ball upfield.

This was something which stood out about Chong’s performance as he did not possess the physique to play this role at Manchester United.

Despite being, occasionally, the furthest attacker forward, Chong also tracked back to win the ball, again, using his body to get in between the defender and the ball, and then spring forwards and counter-attack.

Chong also used his height to win some headers; despite the fact that Bremen prefer to play the ball out from the back, on the occasions the goalkeeper played a long ball in his direction, he was able to rise above the defender and win the header.

This bodes well for his loan period, and even more so looking ahead to his probable return to the EPL, if Chong can fill out some more during the course of the season and make himself wise to the robustness of the men’s game, the player Manchester United get back from Germany could be a very different proposition.

As mentioned above, Chong sometimes came deep to receive the ball. In the first half, in particular, he was especially adept at receiving the ball under pressure, again using his strength to shield the ball, and then had the nous to switch the ball over to the full-back on the opposite side of the pitch to attack the free space.

On two occasions in the second half, Chong came deep to receive the ball and had the vision to play two excellent passes with his left foot into spaces behind the Groningen centre-backs for the Bremen strikers to chase. These two phases of play were exceptional and again, showed a facet of Chong’s game which was previously unheralded at Manchester United.

On both occasions as can be seen above, Chong received the ball on the half-turn and instantly knew where to play the ball. On both occasions, his passes were successful but did not lead to a goal.

A criticism often aimed at Chong and many exciting players as they are first emerging is regarding their end product. Whilst Chong was able to play some excellent through balls into the strikers, there were occasions when his decision-making let him down.

On this occasion below, Chong plays a poor pass to the Bremen player overlapping on his left side and the ball is easily intercepted by the Groningen centre-back – the graphic shows the pass Chong should have made.

Another example below is when Chong manages to get the ball in the penalty area and instead of playing the easier pass back to the oncoming midfielder towards the penalty spot, he opts to try to find the striker running towards the back post and the ball is easily cleared for a corner kick.

It was interesting to see the contrast between Chong’s assured performance here, and the often hesitant performances he managed for Manchester United’s first-team over the past couple of seasons.

Perhaps some time out of the spotlight at Werder Bremen is exactly what Chong needs to be able to take his game to the next level. His physicality was a real asset throughout the game and as outlined previously, at 6’1”, possesses the physical attributes which could make him a nightmare to play against.

His speed, directness, strength and vision were all on display in this game and all had an impact as he produced a very assured performance. His goal was excellently taken, both in the build-up and the finish.

His crossing will need to improve if he continues to develop his play on the wing and opts to run past players on the outside. It is a huge asset to be able to go both ways when playing wide, but Chong’s final ball is an area he should work on. Often in this game, his cross did not reach its target, or the defender managed to make a recovery tackle to stop the cross.

Manchester United fans should be excited to follow Tahith Chong’s journey at Werder Bremen. Too often in Manchester United’s recent history, they have sent promising players out on disastrous loan spells which have proved to be the catalyst in the downturn of the player’s fortunes.

However, this record cannot go on forever, and now there is for more due diligence paid to where a club sends a player on loan. Solskjaer will be all too aware that Werder Bremen’s style of play suits Chong, and being yet another wide attacking player making the move from England to Germany, he will be hopeful that the Bundesliga can prove to be the making of him. On the evidence of the game in this analysis, I believe Chong will thrive in Germany and can build on the natural talent he so clearly possesses. 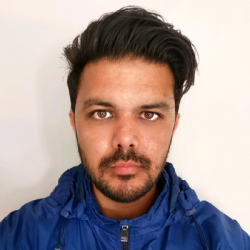 Arfyn Rhys Ruhonah
Arfyn is based in the North West of England and is an academy scout at a Championship club.