The Premier League‘s opening weekend continued on Sunday afternoon with an Everton side, boasting a brand-new midfield, taking all three points against a disorganised looking Tottenham Hotspur. José Mourinho would have been happy to start with what arguably could be his strongest XI, only missing the likes of Japhet Tanganga and Giovani Lo Celso due to injury. In the other dugout, Ancelotti’s squad was without Tosun, Gbamin and Holgate – all unavailable due to significant injuries, along with Delph who lacks match fitness. A 55th-minute header from Dominic Calvert-Lewin was enough to provide the difference between the two sides, the Toffees firmly deserving the win come the final whistle. This tactical analysis will examine how they did it.

José Mourinho set up his Tottenham side using his favoured 4-2-3-1 formation, with new boys Matt Doherty and Pierre-Emile Hojbjerg making their debuts for Spurs. Interestingly, Tottenham’s midfield three included two defensively minded players in both Hojbjerg and Winks, instead of opting for a more traditional ‘eight’ style player to start, such as Sissoko or Ndombélé (both would later make appearances in the second half as substitutes). Lloris started between the sticks, along with a back four made up of familiars Davies, Dier and Alderweireld, with Doherty starting his first competitive game since his transfer from Wolves. Dele Alli played in his preferred no. ten role behind Harry Kane, accompanied by Son and Moura on the left and right-wing respectively.

Everton, on the other hand, played with a 4-3-3, in contrast to the 4-3-1-2 that some expected them to start with. Regular choice Pickford was in goal, with a defence in front of him consisting of Digne, Keane, Mina and Coleman. Then came the introduction of Ancelotti’s new midfield trio, with Allan playing in the six alongside Doucouré and André Gomes. The 2014 World Cup golden boot winner, James Rodríguez, once again started for an Ancelotti side, having played under the Italian at Real Madrid and Bayern Munich. He played on the right-wing and was joined by Calvert-Lewin and Richarlison, making up the rest of the front three.

Spurs on the attack

Straight from kick-off, Tottenham set up to go long. Kane, Lucas and Son (circled) all start high along with Doherty, who pushed up on the right-wing. Spurs’ midfield gets the game going and the ball is set back to Winks, who punts it forwards. Ali and Højbjerg then join the attack when the ball gets played in order to support the front three.

However, Spurs lose the header they played for, and are forced straight into defence from attack. Kane, Lucas and Ali already have a high line, and press with intensity in order to minimise the time Everton have on the ball. Because of the press from Kane, Everton’s defenders are forced to play the ball to their right side of the pitch, therefore Son also closes the gap.

When Tottenham move the ball into the final third, they create a 4v4 with Ali, Son, Kane and Lucas in order to compete with Everton’s backline. This makes sure that Spurs do not become outnumbered on the attack, along with giving options to Doherty when he plays the ball. You can see below that Tottenham push both full-backs forwards when attacking, leaving two holding midfielders around the halfway line as cover.

When going forwards with the ball, they liked to create overloads in order to outnumber the Everton defence. Below, they attack Everton with a 3v2, using Son against Séamus Coleman and Doucouré followed by Kane and Ali. Outnumbering the Everton defence ensures a pass will always be on and help create a goalscoring opportunity.

We see Harry Kane, above, making a smart run that not only created space for himself but also drew Doucouré more centrally, fashioning a gap just outside the 18-yard-box. Kane’s movement allowed Dele Ali to run into that space and take a shot, forcing a good save from Jordan Pickford.

Here we can see Spurs defended with a narrow back four in order to compact the middle of the park. Their defenders are set up in a way that each of them has a man to mark, apart from Dier who is free to block shots or crosses. Lucas tracks back to make sure Tottenham do not get outnumbered when on the back foot, and shuts down Richarlison who is on the ball. This setup worked for Mourinho’s side throughout the game and did not concede from chances like this.

Having played as a wing-back under Nuno Espírito, Irishman Matt Doherty is used to making bombing runs down the right-wing to whip in a cross or take a shot on goal. He picked up four goals and three assists doing just that last season and seemed to want to continue in that fashion on Sunday. However, due to his high starting position, it caused Tottenham’s backline to become stretched meaning Everton’s best chance to score in the first half came from utilizing the gaps in Spurs’ defence. Davies’ pass was hit too hard and looped over the centre back, and because of where Doherty was, Richarlison was able to nip in-between the two defenders and have a one-on-one at goal.

Thankfully for Tottenham, the Brazilian wasted his opportunity to give Everton the lead when he blasted his shot over the bar after taking it around Hugo Lloris – a chance he should’ve taken. Seeing Doherty play this way was causing problems for Spurs throughout the game, eventually making Mourinho change his setup in the 76th-minute, taking the full-back off for midfielder Tanguy Ndombélé.

Usually, when playing a with a flat back four, your full-backs won’t start this high, and will only push up the field when there is space in front of them, or the overlap is on. However, we can see below that the average positions for both Doherty and Davies are past the halfway line, almost mirroring that of wing-backs playing a 3-5-2. You can then compare this to Everton’s full-backs, who also played with four defenders, and when analysing this, they are more disciplined with their positioning throughout the game.

When Everton was without the ball, their backline was quite narrow, along with their midfield three who came in deep to support. When the ball was either on the left or right side of the pitch, their full-back would press along with the respective winger, who would also trackback and shut down the Spurs player (this can be seen looking at Richarlison and Rodríguez’s positioning). Son comes up against a 2v1, giving him less time on the ball and is forced to make a decision. These tactics worked effectively for Everton, and they came away from the game with a clean sheet.

Everton on the ball

In the example above, we see Everton creating triangles at the edge of the pitch using their defenders and midfielders. This allowed them to outnumber Spurs on the wings and could therefore work the ball up the pitch easier. Tottenham became forced to press with their full-back and defensive midfielder, creating gaps behind them the ball can be played into.

To combat these triangles, Mourinho kept his wingers wide when Everton had the ball. This means that their passing lines were blocked off and therefore Everton couldn’t move forwards. Above, we can see Son block Doucouré’s pass to Coleman, forcing the Frenchman to go long and lose the ball.

Throughout the game, new signing James Rodríguez was able to utilize the open space in the Spurs midfield and have the third-highest number of touches on the ball as an Everton player (74). Mourinho’s side played with two ‘sixes’ in midfield meaning the Columbian was able to pick up the ball wide and move into the central spaces, typically occupied by the opposition’s 8, to create opportunities for him and his teammates. He ended the game with the most key passes out of everyone (5), 11 completed long balls out of 12, and a passing accuracy of 84%. (Stats from sofascore.com and whoscored.com)

Both Rodríguez and Richarlison cut inside to use the central spaces in midfield, creating opportunities for Everton in the middle of the pitch. When looking at Tottenham’s defensive setup, we can see they make sure to keep both Winks and Hojbjerg behind the ball. This stops Everton playing through balls in the middle of the park that their Calvert-Lewin can latch onto.

On the other wing, Richarlison proved a handful for Matt Doherty, who we have already seen hasn’t had the best of debuts. The Brazilian managed to dribble past the full-back every time he attempted to, an impressive total of 11 runs. He also finished the game with significant ball-winning stats for a player in his position, winning 23 out of the 26 duels he encountered in. (Stats from sofascore.com)

So to sum up, the game on Sunday, Ancelotti’s side deserved all three points come the final whistle. As this analysis has shown, a mixture of creating more opportunities, the ability to retain the ball while moving forwards, and standout individual performances from players like Calvert-Lewin, Richarlison and Rodríguez provided the difference between the two sides. Mourinho’s team will have to put this result behind them and go again, their next game up against a Southampton side who suffered defeat at Palace on Saturday, and will be wanting to right that wrong straight away. This was Everton’s first away victory against a ‘top six’ side since December 2013 and will give them momentum going into their next fixtures against the likes of West Brom and Crystal Palace. 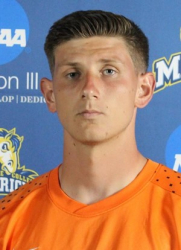 Follow me
Callum Flinn
Analyst from Bristol, England who's currently out in Buffalo, New York. Fan of Bristol City, The Championship and The Prem.

Follow me
Latest posts by Callum Flinn (see all)