Old Trafford witnessed a mouthwatering clash between the two Premier League greats on 10th March 2018. Manchester United came into this clash with a two-point lead over a third-placed Liverpool side with nine games remaining, making this a must-win match for José Mourinho’s men to strengthen their grip over second place.

Manchester United came into this clash with back-to-back victories over Chelsea (GW28) and Crystal Palace (GW29), both games where they conceded first and came back from behind to snatch victories. Liverpool arrived at the Theatre of Dreams in scintillating form, with the dynamic front-three of Mohamed Salah, Sadio Mané and Roberto Firmino with Egyptian leading the goal-scoring charts with 24 goals (he ended up with a total of 32 goals at the end of the season, a record).

Mourinho reverted to his trademark 4-2-3-1 formation following the comeback win against Crystal Palace in the previous game week (GW29), where he deployed United in a 4-3-3. Mourinho made three changes to his starting 11 with Victor Lindelof’s shaky performances at the back saw Eric Bailly back into the starting line-up. Surprisingly enough, Paul Pogba started on the bench alongside Jesse Lingard with Marcus Rashford and Juan Mata being deployed on either wing.

On the other hand, Jürgen Klopp’s side remained largely unchanged with the veteran James Milner starting in place of Jordan Henderson, who started on the bench. Klopp’s terrific frontline of Salah, Firmino and Mane, and back four of Trent Alexander-Arnold, Virgil van Dijk, Dejan Lovren and Andrew Robertson, deployed in his preferred formation of 4-3-3, remained unchanged.

With the Reds in a free-scoring form in the 2017/18 season (second-highest goals scored in the league for the season: 84; only behind Manchester City’s 106), and with the Red Devils being one of the best-drilled defences in England that season (second-fewest goals conceded in the league for the season: 28; one more than Manchester City’s 27), this game had all the right ingredients for being an exciting match where an unstoppable force would meet an immovable object.

Mourinho evoked the spirit of his UCL winning Inter Milan side by setting United up in a defensive low-block knowing full well the threat that Liverpool’s fluid front-three posed if given space to attack. This defensive setup meant that Man United would be forced to concede possession to Liverpool but on the bright side, but sitting back also invited Liverpool attacks, thus allowing Manchester United to attack Liverpool by exploiting the channels and half-spaces left behind by their high line.

As the above images show, over the course of the game, Man Utd forced Liverpool to attack, as can clearly be seen by the possession and shots metrics. However, due to United’s extremely well-drilled defence and midfield, Liverpool weren’t able to create clear-cut chances and were forced to shoot from distance a majority of the time, resulting in only two shots on target, as can be seen in the left-most football field graphic.

Furthermore, due to the defensive high line and constant waves of attack, Liverpool left plenty of space behind for Romelu Lukaku and Rashford and United’s speedy full-backs to exploit, this also forced Liverpool to commit fouls in order to nip those attacks in the bud, as can be seen in the metrics chart.

United didn’t have to wait for too long to draw first blood. With Van Dijk’s mid-season transfer having transformed Liverpool’s defence, and with the Reds only conceding one goal in their previous five games, it was always going to be difficult for the Red Devils to score. But, that didn’t stop Mourinho from finding a chink in the Reds’ newfound armour. Manchester United directed all their attacks from the left side of their attack, allowing Lukaku and Rashford to combine and overpower Trent Alexander-Arnold and Dejan Lovren.

As can be seen in the graphic above, David De Gea’s goal kick lands between the Liverpool defence and midfield. This is where United exploit Liverpool’s defensive frailties with Lukaku pulling away from between the two Liverpool centre-halves (Lovren and Van Dijk) and positioning himself in the half-spaces behind the Reds’ midfielders to receive the ball. By moving into this position, Lukaku manages to pull Lovren out of position, thus creating a big pocket of space behind Lovren allowing Rashford to exploit it.

There was always only going to be one winner in an aerial duel between Lovren and Lukaku. As the above graphic shows, by pulling Lovren out of position, Lukaku created enough for Rashford which then allowed Rashford to cushion Lukaku’s header and run down the half-spaces, leaving Alexander-Arnold in his wake.

Additionally, with Lovren and TAA out of the picture, United were able to capitalise with numbers by creating a sort of a 3-v-2 situation. Leading to the situation that resulted in a goal, as can be seen in the graphic below:

The graphic above shows us that Lovren was completely taken out of the picture once Lukaku pulled him out of position and won the header against him (Lovren marked in yellow). With Mata and Alexis also running towards the goal to support Rashford, Van Dijk and Robertson were forced to keep an eye on them, thus, preventing them from committing to Rashford.

Hence, the inexperienced full-back, Alexander-Arnold, enjoying his first full season with Liverpool, was forced to play catch up, and in a 1v1 against Rashford, Alexander-Arnold was always going to be at a disadvantage. Rashford turned Alexander-Arnold inside out and then struck a low powerful drive past Karius in the bottom corner at the far post.

Klopp should definitely get all the credit in the world for creating a team that was lethal in front of the goal, however, it was his shrewd acquisition of Van Dijk during the winter transfer window that transformed Liverpool’s leaky defence, and to top it off, the Reds had only conceded one goal in their past five matches before arriving at Old Trafford.

However, one player can’t form an entire backbone of a team, and Mourinho’s United side pressed where it hurt the most by repeatedly trying to build through the right side of Liverpool’s defence.

The second goal followed shortly after Rashford’s first strike, and the sequence of events that led to Rashford scoring his and Manchester United’s second goal were eerily similar to the events that prequelled the first goal. As can be seen in the image above, De Gea again opted for a long clearance which was again aimed between the Liverpool midfield and defence. Lukaku, who had started tormenting Liverpool’s defence right from the get-go again managed to drag Lovren out of position.

Even though Lovren managed to win the aerial duel, he wasn’t able to generate enough power to clear the ball and the ball landed on Lukaku’s feet. By dragging Lovren out of position, Lukaku again created space for an attacker to run into the empty space behind the Liverpool defence. Mata took the most from this opportunity and the empty space left behind by Lovren and received a wonderful through-pass from Lukaku.

In the graphic above, with Mata through on goal, Alexander-Arnold was forced to leave Rashford and cover for Lovren. This provided Rashford with the opportunity of freely running into the box without any Liverpool player marking him.

A couple of poor touches and the towering presence of Van Dijk and pressure from Alexander-Arnold led to Mata losing the ball in the Reds’ box. However, due to some good fortune and Rashford’s brilliant positioning, the ball landed to his feet.

With Karius out of position and Liverpool’s defence in complete disarray, as seen in the image above, Rashford was able to power a strike into an open goal, albeit with a minor deflection from Alexander-Arnold’s trailing leg. Thus, scoring the winning goal for Manchester United.

After having a two-goal cushion against Liverpool, Mourinho’s United just sat deep and threatened Liverpool on the counters. Liverpool continued dominating the proceedings in the second half but never managed to threaten De Gea’s goal. The Reds only managed to get two shots on target in the entire match despite a total of 14 shots, a majority of which were from range and got blocked from outside the box.

However, a stroke of luck did allow Liverpool to get into the game when a Milner cross was miskicked by Bailly, beating De Gea at the near post, with the ball rolling in. This led to a nervy last 15 minutes of the game, but Liverpool still weren’t able to create any clear chances.

For the PL table, it meant that Man Utd were able to move five points clear of the Reds and strengthen their grip on the second spot, with eight games remaining in the league. United eventually did end up finishing the season in second place, but Liverpool managed to drop down to the fourth spot. 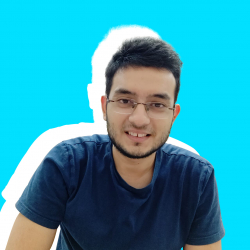 Kush has been a lifelong Manchester United fan and dreams of becoming a Manager at a football club in Europe.