OBOS-Ligaen is the EFL Championship to Eliteserien’s EPL, as it is the second division of Norwegian football and this season, the league includes several teams with an interesting approach to how they want to play. Last Monday, Ullensaker/Kisa from Jessheim travelled 30 km southwest to visit Grorud, newly promoted to the division and one of the teams that gets much attention. They won promotion last season after coming very close the season before, and they have the young coach of the year for 2019 and 2018, as their head coach.

Ull/Kisa had not won since the first matchday and therefore the 3-1 win for Grorud came as expected, but it did not come as easy as the scoreline might suggest. Ull/Kisa’s 4-5-1 structure without the ball nullified most of the offensive of Grorud the first 30 minutes, with the odd exception. With a counter-attack goal before the break, they also started the second half in the lead.

The visitors mostly stayed in a medium/deep block when they did not have the ball and Grorud had the majority of the possession in the game. Therefore, this tactical analysis will focus mostly on how Grorud approach play in possession and what they did to break through the Ull/Kisa defence.

Grorud head coach Eirik Kjønø started the game with the normal 4-4-2/4-4-1-1 structure with Mats Viken in goal. Match winner Leo Cornic started at right-back, Glenn André Harviken and Martin Høyland as centre-backs, and Trace Murray at left-back. Kevin Mankowitz started the game at the right side of a midfield four. Elias Hagen and Christos Zafeiris took the holding midfield positions with Nikolai Jakobsen Hristov on the left flank. Club top-scorer Oscar Aga joined Preben Mankowitz as the strike-pair in the team.

Trond Fredriksen went with many of his usual suspects in his trusted 4-3-3 structure. Stefan Hagerup in goal behind a back four consisting of Herman Hagen, Espen Garnås, Morten Sundli and Vegard Kongrso from right to left. Christian Aas behind Sverre Martin Torp and Henrik Kristiansen made up the trio in the middle of the park. Upfront Ole Kristian Langåsat right-wing were joined by striker Sander Haugaard Grini and left-wing Stian Ringstad.

In possession, the left full-back of Grorud, Murray, tucked in as a third centre back and Cornic on the right pushed high up to provide the width on the right flank. On the left flank, winger Hristov stayed wide while Kevin Mankowitz joined his brother Preben Mankowitz and Oscar Aga as a third striker.

Ull/Kisa have mostly played the same system for all their games this season, with only personnel changing, which they also did this time around. Langås and Werni started on the bench last match but were given the chance from start this time. The rest of the team all started last match and there were no changes in the goalie and backline positions. Sundli and Garnås were given the task of keeping Aga from scoring more than the three he already had this season.

How Ull/Kisa looked out of possession

As mentioned in the introduction, Ull/Kisa tried situationally to press the build-up of Grorud but did so often with poor structure and Grorud outplayed the high press easily. Consequently, Ull/Kisa went into a low block in their own half and did not contest the goal kicks. They stayed with very little space between the back four and the midfield.

Werni often pressed the central defender when he tried to bring the ball forward, other than that he blocked the middle for a pass to either Zafeiris or Hagen. He would get help from the ball near winger or central midfielder to press whenever the ball carrying defender were Murray or Harviken.

After the winger or central midfielder pressed they would sometimes take a long time to get back into position which left big gaps in their structure that Grorud were able to take advantage of.

Patient build-up and through the middle

Zafeiris would more often than Hagen drop deep and play and up-back with one of the defenders to provoke gaps in the Ull/Kisa structure, and on the right, K. Mankowitz would also sometimes drop and switch place with Hagen which left him with time and space to turn forward. Below we can see how this exact situation resulted in K. Mankowitz being free to turn forward, Hagen is free in space (blue area) and can make a 3v2 with P. Mankowitz and Cornic.

As mentioned in the previous section their appeared gaps in the defensive structure of Ull/Kisa that Grorud were able to take advantage of. This would most often be visible when a winger pressed high than with a central midfielder, and it allowed the central midfielders to receive the ball facing sideways or forward.

The Grorud defenders were reluctant to play out to a wide player early in the build-up and would rather play it back and forth between them. This resulted in impatience by the Ull/Kisa players who would start to press and leave space for the central midfielders to receive unmarked. On the right-hand side, there were also situations where K. Mankowitz found himself open in the half-space and laid it off to Hagen who could now face forward.

Screenshot taken directly before Harviken finds Zafeiris who plays it to P. Mankowitz who has found space between the lines. Mankowitz lays it off to Aga who gets a shot on target. Here we can also see the ball-far winger (marked by the red “?”) staying high and out of position after pressing, allowing Zafeiris to receive the ball in space.

Overloading on the wings

If Ull/Kisa were able to block the path through the middle, Grorud had other solutions they could make use of. Because the full-backs of Ull/Kisa stayed deep in the defensive phase, Grorud could often create numerical superiority on the flanks. This was especially visible on the left flank where Murray often dribbled the ball out as seen in below.

There he could combine with Zafeiris as the ball near midfielder and Hristov on the flank to create a 3v2 against the central midfielder and winger of Ull/Kisa. When they were successful in this 3v2 they could find Hagen as a free man in the middle who often had time to switch to the other flank where Cornic would have lots of space or be 1v1 with the opponent full-back.

The first goal for Grorud, a penalty, was created partly as a result of the flanking overload resulting in a 3v2. Then it was just for Aga to be safe from the spot. Also, on the second goal, a very good cross from Murray to Cornic on the back post, there were elements of the wide overload on the left. The Ull/Kisa team is drawn over for a throw and Murray plays a quick cross over to Cornic who places it just below the bar with the first touch from five meters.

This was three important points for Grorud, pushing them up to ninth place and on equal points with Jerv who holds the last qualification spot for promotion. At the same time, it created a good distance this early in the season to the relegation area, a six-point gap.

As seen in this tactical analysis, after being a bit toothless the first 20 minutes, they were able to adjust their tactics to create gaps in the Ull/Kisa structure.

Grorud have several tools they can use in possession to break through stubborn defences. It is a trend, rather than coincidence, that they several times per match create good preconditions for progressing the ball through the middle. They are patient instead of forcing the breakthrough, and they do so with intent and methods to get the most out of their patience. 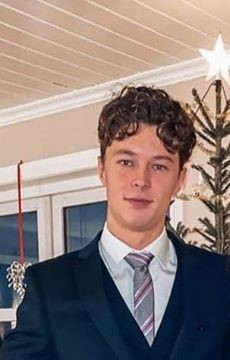 Follow me on
Latest posts by Anders Abrahamsen (see all)