As Wigan Athletic’s future remains bleak, vultures are circling over their top talents as other clubs look to take advantage of their financial situation. One of those prized assets who looks certain to leave is young Englishman Joe Gelhardt, the target of this scout report, with a host of premier league clubs including Liverpool, Chelsea and Leeds all credited with an interest.

Frustratingly for a large portion of Wigan’s supporters, Gelhardt only started two games in the 2019/20 EFL Championship but, with 16 further appearances from the bench and a handful of starts at England youth level, there is plenty of evidence as to why he is so highly touted in English football, even drawing comparisons with England’s record goalscorer Wayne Rooney. In this tactical analysis, I shall explore Gelhardt’s playing style, his strengths and weaknesses, and how he’s likely to fit into some of the clubs rumoured to be interested in his signing.

As previously stated, Gelhardt has been compared to Wayne Rooney and is it easy to see why. The youngster is primarily a striker, equally adept at playing right up against the centre backs or dropping into the half-spaces and acting as more of a number 10 playing behind the main striker. His build is also similar to that of Rooney at his peak, standing at 175cm and possessing a stocky frame with pace to go with it, he is effective at both protecting the ball and dribbling.

Where he differs to the former England captain is that he is left-footed and is often seen picking up a position on the right flank and aiming to cut inside as the below heatmap illustrates.

Gelhardt also appears to be a natural goal scorer having scored plenty for the Wigan youth teams. Highlights include scoring a hat-trick in the FA Youth Cup match against Hull City and netting 19 times in 27 appearances across the various England youth teams.

Gelhardt’s main strength is his ability to receive the ball under pressure with his back to goal and to progress the attack. This is evidenced perfectly as he scores his first senior goal in a game against Hull City.

Gelhardt (highlighted) shows for the pass on the edge of the area and receives it with a defender tight to his back. With a drop of the shoulder and a feint to his left, Gelhardt turns his man and creates space to get a shot away on his favoured left foot.

In another example shown below, Gelhardt again receives the ball under pressure with his back to goal. Note his body position is almost identical to the first example.

He is again able to beat his man by dropping the shoulder and turning inside, ultimately drawing a foul from the covering defensive midfield player (highlighted).

A third example shows how Gelhardt is also comfortable at dropping deeper to receive the ball.

He again turns to the inside and shows his awareness by getting a quick pass off, albeit to an offside teammate.

A second key strength of the Wigan man is his dribbling ability. A look at his statistics from the 2019/20 EFL Championship seasons shows him to attempt 9.35 dribbles per 90 mins with a success rate of 43.4%. These figures closely compare to players such as Said Benrahma and Grady Diangana, whilst his rate of fouls suffered per 90 mins, 3.35, is greater than that of Matheus Pereira. Having played only 510 minutes all season, these must be viewed with a degree of caution, but they show that Gelhardt is a player who is constantly looking to run with the ball and is difficult to contain once doing so.

The following example shows the youngster with the ball facing the opposition goal, he receives a short pass and is put under immediate pressure.

The defender reads Gelhardt’s intentions and follows him infield, looking favourite to win the ball.

Though, the Wigan man uses his frame excellently and comes out on top in the duel, leaving his marker on the floor.

Gelhardt then once again shows his ability to get his head up and progress the attack, threading a perfect pass through to an onrushing left full-back.

Gelhardt is entirely comfortable at dropping into the half-spaces and linking play. He possesses terrific awareness at knowing whether to progress the attack from these areas through a pass or a dribble. The numbers below show he has exceptional accuracy with his progressive passes from deeper areas.

A great example of the strength of this area of his game can be seen during a game against Middlesborough. Gelhardt drops into the half-space and receives the ball with his intention to progress play immediately evident.

He plays a short pass and makes a short run into space to receive the return. This both progresses the attack and takes an opposition defender out of the game.

Another example taken from a match against Birmingham shows him about to receive the ball in a similar area.

He this time takes it on the half-time and progresses play with a clever pass down the line.

Keen to ensure the further progression of play, he again runs off his marker and looks to receive a pass in the highlighted area.

When coupled with his ability to receive under pressure and his frightening dribbling strength this makes him a nightmare for the opposition. Defenders will have to decide whether to abandon their shape when he drops into the half-spaces or maintain their positions and face his running power and pace. If defenders do decide to press him higher up the pitch, Gelhardt has shown he is particularly adept at progressing the attack and thus disrupting the defensive shape. On the other hand, if they keep their shape, his dribbling power makes him incredibly difficult to contain.

Of course, at such a young age there are obvious weaknesses to Gelhardt’s game. As evident when observing his strengths, it’s clear he strongly favours his left side and will nearly always look to come in-field from the right flank. Opposition players will soon become aware of this as he plays more games and he will become easier to defend against.

The below image shows an opportunity for Gelhardt to use a right-foot dribble and drive into space.

He turns down this opportunity, again favouring his left foot.

The defenders are then able to create a 2 v 1 and win the ball back.

As he progresses in his career, Gelhardt will need to become less one-dimensional and become comfortable dribbling on both feet.

Another area of weakness is one that was often levelled at Rooney in the early stages of his career: over-aggressiveness. Gelhardt has on occasion let his enthusiastic nature go too far and dived into tackles with little control. As with Rooney, this will likely become less of an issue as he matures. As we will see in the following part of this analysis, controlled aggression is likely to be key in the next stage of his career.

Gelhardt is unlikely to be a regular first-team player next season at any of the clubs rumoured to be interested in him. As such it may be that his development is best served out on loan at an EFL club for the upcoming season. The majority of teams credited with an interest in the youngster tend to use operate possession-based tactics with three forwards who are essential to starting the high press. Teams will likely see him initially filling the role of the right-sided forward, allowing him to use his left-foot predominant dribbling to cut inside and shoot before eventually allowing him to lead the line using his strength and physique to good effect.

Given Wigan’s tactics bear little comparison to this, and his limited game time, it is difficult to make a concrete assessment on whether Gelhardt will be effective in operating a high press. The below images show his recovery numbers.

These numbers show that Geldhardt’s final third recoveries compare very favourably with others in the EFL Championship. As can be seen, the Wigan man is very effective at winning the ball in dangerous areas, one instance even resulting in a goal. His energy and aggression, which are not in question, are key attributes that will assist in him carrying out intense pressing.

It seems almost certain Gelhardt will leave Wigan in the coming weeks with plenty of teams queueing up to sign him for what looks like being a bargain price. From this tactical analysis, we can see why he has drawn comparisons to Wayne Rooney, his build and style of play similar to that of Rooney at a similar age. Gelhardt must continue to progress to get anywhere close to Rooney’s achievements but it’s already clear that he possesses all of the tools needed to become a top player. 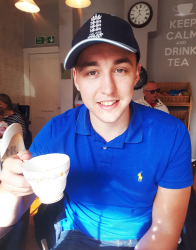