In this analysis, I will be observing the tactics of Daniel Farke and Ole Gunnar Solskjær in their recent FA Cup quarter-final. Manchester United eventually won 2-1 following a late winner in extra time.

Norwich have struggled to find goals all season, and they continue to do so following the resumption of Premier League football, losing their first two games at home (0-3 vs. Southampton) and (0-1 vs. Everton). They looked to use this FA Cup game to upset the odds, with Manchester United likely to field a weaker team.

Manchester United on the other hand, have continued their strong form prior to lockdown, dominating Sheffield United in a strong attacking display, winning 3-0. They will be looking to continue their 13-game unbeaten run having reached their sixth consecutive FA Cup quarter-final. Norwich will hope a ‘cupset’ will invigorate them in the league to push for their unlikely survival challenge.

This tactical analysis will look to the tactics of both teams on and off the ball and what worked and did not work for both sides.

Farke made some surprising tactical selection choices in the game against Everton, leaving out Cantwell, Pukki and Buendia, arguably costing them opportunities to find the goals they need and the points they need to climb out of the relegation zone. All three of these players return here, hoping to provide Norwich with the attacking impetus to win this game and upset the odds. Norwich are beginning to get thin on options at the back. This hindered them against a Man United side on good attacking form.

Man United made eight changes for this game, using a heavy rotation for a cup game to rest players for a key game in the league on Tuesday. Many players were also brought in to provide them with minutes to improve their match sharpness, largely due to injury. Dalot came in on the right for Wan-Bissaka, perhaps to provide more of an attacking impetus into this game for Man United. McTominay and Fred came in, potentially to rest the in-form Matic and Pogba, who is still finding his match fitness having barely played all season due to an ankle injury. Ighalo also comes in for Martial, with Lingard and Mata coming in on the wings to provide them with much needed minutes.

High pressing and man-marking from both sides

From the beginning of the game, Norwich implemented the high pressing and man-marking tactics they have used throughout the season, regardless of the team. This has been used to great effect by them this season against the bigger teams, recording that 3-2 victory against Manchester City doing this. However, this technique can leave them vulnerable defensively.

This high press made it hard for Man United to progress past their defensive third. Norwich had further opportunity to use this pressure effectively due to the shaky Man United defence, with Dalot and Bailly having not played much this season due to injuries and using this cup game to find some match sharpness. This lack of sharpness offered Norwich the opportunity to press these defenders until they made mistakes.

When defending the ball, Norwich moved into a 4-5-1 formation to overload the midfield, cutting out passing lanes for Man United. They implemented this through their pressing and man-marking tactics, which is notable due to the fact this is uncommon for a team lower in the table such as Norwich are.

Gaps on either wing lead to Man United attacks

However, Norwich play a fairly narrow system, with Cantwell and Buendia pushing into the middle from the wings to overload the midfield, and Lewis and Aarons overlapping on the wings to fill this space in the attack. This left gaps on either wing for Man United to attack down, as shown below.

As shown in this figure, Shaw and Dalot pushed up high when they had this space, finding the space further up the pitch to create an attacking opportunity. This is shown in this image as Man United were trying to find a breakthrough. Norwich continued to implement their man-marking across the centre of the pitch, as shown in the figure above. However, Shaw and Dalot largely struggled to create and provide effective attacking opportunities, they did not take the opportunity provided to them when Lewis and Aarons were caught out of position.

Lingard and Mata are naturally attacking midfielders, however, and playing on the wings meant they often cut inside. This meant not taking the opportunities to play into the space provided by the Norwich full-backs. However, this drifting into middle spaces did pull the full-backs away, providing Shaw and Dalot with the opportunity to fill this space. It is unfortunate in Man United’s case that they couldn’t act on this effectively for large amounts of the game. It was a tactic Solskjær recognised wasn’t working for Man United later in the game, when he made significant attacking substitutions.

Lack of quick, incisive play in final third from both sides

In this game, unlike more recent ones for Manchester United, Fernandes played deeper in an attempt to win the ball back. This was once again the impetus to start attacking plays. However, his position deeper into the pitch meant he was providing opportunities often for Fred and McTominay, who would push forward when Fernandes found himself deeper. Fred and McTominay were not effective replacements in this position. They struggled to bring the quick and decisive attacking output that Fernandes provides playing further up the pitch.

Both these figures showcase this lack of speed in attacking output from both Fred and McTominay. The first figure shows Fred in plenty of space, with opportunity to drive into this space with urgency to find an attacking opportunity. Fred however holds onto the ball, slowly evaluating his options instead. This allows Norwich to reshape themselves and prepare for the next attack, as seen in the second figure, cutting off many final third options for McTominay.

Mata and Lingard also struggled throughout their time on the pitch to progress the ball, being too slow to make the decisions required to make the breakthrough. With Fernandes dropping deep to dictate the game as he does further up the pitch, and Mata and Lingard being unable to provide quick and decisive opportunities, Man United struggled to find that goal. This slowing in pace when making attacking transitions made it easy for Norwich to press, intercept and push forward themselves.

Manchester United also used a high pressing system to effectively stop Norwich from using their quick, double pivot system in their attacking play. Cantwell and Buendia occupied the middle spaces in a similar fashion to Lingard and Mata, which meant McTominay and Fred could not press high in order to win the ball back, and Norwich capitalised on this. Cantwell finally found a breakthrough by playing across this deeper press from Fred and McTominay, finding the net with a tidy finish from just outside the box.

Substitutions once again make the difference for United

Man United continued to struggle to break through the Norwich defence, even after taking the lead through Ighalo, and so made some key changes midway through the second half, bringing on Rashford and Greenwood onto the wings for Lingard and Mata. Both these players brought on new attacking impetus and energy which the previous two were lacking. This was what provided Man United with far more opportunities.

Norwich began to slow their press later on into the game as they tired, but Manchester United still struggled to take these opportunities to exploit this. Manchester United were still too slow and lethargic in response, particularly from Fred and McTominay when trying to begin attacking plays. Matic and Pogba were brought on in the 78th minute to replace both these players, and both Matic and Pogba brought quicker and more incisive decision-making and attacking play, particularly with Pogba when linking up with players such as Fernandes.

Norwich’s attacking efforts, pushing their fullbacks further forward, eventually led to huge gaps in their defensive line, and with the introduction of players such as Pogba and Greenwood, they started to provide Manchester United with more goalscoring opportunities.

The figures above showcase Lewis playing out of position, having to track back while Manchester United counter. Pogba sees the opportunity to push the ball forward and find the wingers in space and found Greenwood in plenty of space to break into Norwich’s final third, as seen in the second figure. Whilst this opportunity didn’t come to anything, it showed the way in which Manchester United looked to exploit the space on the wings.

It also showcased Pogba’s ability to be an effective attacking option, making the difference to any side in any game through his incisive passing play but also his well-timed attacking runs.

Fernandes quick passing play in the final third eventually lead to a key mistake from the Norwich defence, with Klose picking up a red card for a clear foul on Ighalo. From this point onwards, Manchester United began to create more and more chances, and while they weren’t being as clinical as they should be, with 36 shots in total throughout the game, they eventually found the breakthrough in the 118th minute, with Maguire again capitalising on the slow response of the Norwich defence to a deflection, finishing tidily.

Solskjær broke an English record, implementing his sixth substitution in extra time, and these changes were key to bringing fresh legs with attacking energy, with Manchester United ending the game with their 4 recognised centre forwards on the pitch.

Manchester United lacked the incisiveness needed to create and finish goalscoring opportunities, but still created a multitude of chances showing their domination of the game. This was accentuated by the red card given to Klose. While Norwich effectively implemented their high pressing system to start off, they tired throughout the game. The effective introduction of attacking substitutions by Solskjær, which gave them quicker and more incisive attacking play was the difference, eventually.

Whilst Farke will be disappointed with the result, he can happy that his team managed to quell a lot of Man United’s attacking play, even after the important substitutions, and can be happy to have found the goal and have pressed Man United right to the last few minutes of extra time. Both managers will look to use the positives and negatives of this performance back into the important remaining games in the league. 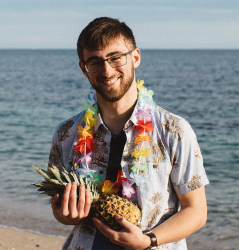 James Pearce
James Pearce hails from the Midlands and is a big fan of Premier League and European football. He is a Manchester United fan who is passionate about football analysis.