Pre-lockdown the story so far for these two Premier League sides had been very different. Norwich City, after early promise with a good performance in defeat at Liverpool and a memorable victory over reigning champions Manchester City, soon found themselves at the foot of the table and were six points from safety before the break. Southampton started the season awfully, losing 10 of their first 13 games but then put a good run together, playing the kind of high pressing football that made coach Ralph Hasenhüttl popular in the Bundesliga.

Norwich are renowned for playing pretty football but are susceptible to counter-attacks whereas Southampton rely on quick breaks with a huge focus on what they do against the ball. That was essentially how this game played out and we’ll be looking at Norwich’s build-up, half-space use as well as Southampton’s low-block and more in this tactical analysis.

For this fixture, Daniel Farke made a change to his usual 4-2-3-1 set up by taking out the number ten and giving Josip Drmić his first start of the season to partner Teemu Pukki upfront in a 4-2-2-2. Tim Krul continued in goal whilst the back four, from right to left, was made up of Max Aarons, Ben Godfrey, Tim Klose and Jamal Lewis. Tom Trybull and Kenny McLean played as the two central midfielders, whilst Emi Buendia and Todd Cantwell played as inside wingers.

It was more of the same for Southampton who relied on their usual 4-2-2-2 shape with Michael Obafemi and Danny Ings leading the attack, supported by Nathan Redmond from the left and Stuart Armstrong from the right. Other notable names in the starting lineup were recently stripped captain Pierre-Emile Hojbjerg in central midfield and right back Yan Valery, who was making his fifth start of the season.

Norwich looked to build up from the back with the two centre-backs splitting wide to receive from Tim Krul, their goalkeeper, and both full-backs Max Aarons and Jamal Lewis pushing high and wide. The two central midfielders Kenny McLean and Tom Trybull sat just in front and their role was to provide a passing option for the centre-backs and draw Southampton’s central midfielders towards them to create space behind the midfield. Ahead of them, Todd Cantwell and Emi Buendia came off either wing into central areas to help overload Southampton in midfield and open up space for the two high full-backs.

Daniel Farke’s side found it hard to progress their build-up centrally, with Ings and Obafemi positioning themselves between the ball and Norwich’s double pivot to block off those options whilst the wide midfielders, Redmond and Armstrong, stayed in the half-spaces to help keep Southampton compact. Once the centre-backs went back to Krul the strikers would press him intensely, forcing him to go long so Southampton could regain possession on the second ball.

To get past the Southampton press, Norwich would play long towards Aarons, the right-back, who would challenge Ryan Bertrand for the ball in the air. The idea was to get players around Aarons to win the second ball, play from there and try to take advantage of Buendia and Cantwell being inside to overload, but it never really happened for them. Bertrand generally defended well against Aarons and Southampton were excellent at winning the second ball which led to Norwich abandoning the tactic in the second half.

Farke’s idea to overload central areas and, in particular, the half-spaces with Cantwell and Buendia, was a good one as there does tend to be spaces behind and to the side of Saints’ central midfielders James Ward-Prowse and Pierre-Emile Hojbjerg, and Norwich did have some joy. These moments followed transitions when Southampton were unbalanced and disorganised defensively or following a quick switch of play to attract pressure from Southampton’s narrow midfield.

Norwich had joy in the first half by overloading the area around a throw-in in Southampton’s half and either combining to play forward or counter-pressing a loose ball following the throw-in and attacking from there. They would do this by placing up to eight outfield players on that side of the pitch including the central midfielders and left midfielder Cantwell.

Lewis, the left-back and a centre-forward would be the only players not present, remaining towards the other side of the pitch for a potential switch of play. In the scene below, you can see just how many players they have around the ball so when they initially lose it following the throw-in, they have access to the ball to counter-press to create a shooting opportunity, which is assisted by Cantwell.

A big part of the turnaround at Southampton is the effectiveness of their work against the ball. Preferring to attack from moments of chaos, rather than through elaborate build-up play. Hasenhüttl sums this up when he says how he wants his teams to try and score within 10 seconds of winning the ball regardless of where they win it. Playing against a team like Norwich, who love to attack, send players forward and build-up with short passes, you’d expect Southampton to find success with counter-pressing and counter-attacking situations and Norwich provided the chaotic moments they were looking for them to do just that.

Southampton did score from those moments but the first goal came from something slightly different and which happened numerous times in the second half – throw-ins. For the first goal, Southampton had a throw-in in Norwich’s right back zone, it was sent forward for Armstrong to challenge and they had five players in close proximity to help counter-press and win the second ball. Redmond headed that second ball forward and the ball found itself inside the box for Ings to finish.

Ings’ starting position was particularly interesting, taking up a deeper position so he could see the play in front of him instead of having his back to goal, and you can see in the goal that he speeds up his movement and gestures for the ball to be played in front of him once he sees his teammate with the ball and space to do so. This one occasion led to the first goal but there were other times when Southampton won the ball back in the exact same place too, a later Obafemi chance coming from winning the second ball after a throw-in.

Southampton are known for their high pressing and did do that in this game to disturb Norwich’s build-up, as mentioned above, but there were times when they retreated into a low block which happened in the first half when Norwich were more dangerous at finding those half-spaces. When this happened, 4-2-2-2 became a 4-4-1-1 with the midfield flat, Ings working back to defend and Obafami further forward primed to run into the channels should Southampton be able to win the ball and counter.

The low block and counter tactic led to the second Southampton goal and whilst not quite managing to score within 10 seconds of winning the ball back, there’s no doubt Hasenhüttl will be delighted the time between regaining possession and Armstrong scoring was only 14 seconds.

Of course, there are nuances when defending within any system and one of the most popular principles of defending and pressing in recent years has been the use of triggers. Here, Southampton left a gap in central midfield that prompted an excellent Klose pass into Pukki who was immediately pressed by Jack Stephens from behind and Ward-Prowse and Hojbjberg from the side upon trying to flick the ball onto Drmic. Southampton left a gap open and then pressed with three against two to regain possession and counter. You can see from the screens below how the trap quickly closes to create the turnover and even how players further up the pitch, Ings and Armstrong quickly react to close the area for Pukki too.

When Southampton win the ball back you can immediately see the chaos Norwich are in and how wide open they are. One pass forward and a dribble from Redmond immediately exposes them to be attacked and outnumbered in defence which leads to their second goal.

As the game wore on Norwich would leave even more gaps as they pushed forward for a goal only for Southampton to win the ball back, counter attack into lots of empty space and create chances. At one point the Sky Sports commentator Alan Smith commented the match seemed like a Basketball game and that’s exactly how Norwich looked like they were approaching it.

The third goal came from another counter-attack but even before that there could have been many more goals. In the scenario below, Norwich are playing the highest of lines with no pressure on the ball whatsoever, allowing Ward-Prowse to turn after receiving Bertrand’s throw-in and play a ball over the top of the defence to Obafemi. This shows just how unorganised Norwich had become at this point in the game and went beyond tactics.

The third goal was more of the same, Southampton waited in a low block, Ings won the ball and set off for goal to counter, playing to Obafemi in the channel who cut the ball back for Redmond to score from the edge of the box. As you can see, Norwich had so many men ahead of the ball when they lost it and gave Southampton the space they needed to counter-attack.

As shown in this analysis, Southampton’s pressing structure and counter-attacking was the kryptonite to Norwich’s cavalier attacking approach. The Saints picked up from where they left off before the break to continue their impressive form since their turnaround in November. Safely positioned in midtable, the rest of the season should enable Hasenhuttl to continue working on his ideas ready to aim for a higher finish next season.

For Norwich, the loss left them far from safety and you’d have to think they’ll soon have to start preparing to bounce straight back to the Premier League with promotion next year. Farke’s side has received a lot of praise for their work with the ball but need to improve their work without it if they want to have a better chance of survival next time they’re in the top flight. 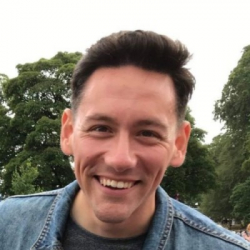