It’s not every day that you find a Brazilian footballer named after an Argentine great but such is the story of Gabriel Veron, a 17-year-old from Assu who saw himself as a cowboy until his mother changed his mind.

The youngster was already making a name for himself after performances for the Palmeiras youth side but he struck gold when Flamengo refused to send Reiner Jesus, another bright talent, to the U-17 World Cup last year. This paved the way for Veron to make a name for himself at the biggest stage and boy, did he take it.

The Golden Ball winner led Seleção to their fourth World Cup glory, first one since 2003 as Brazil became the second nation after Mexico to lift the trophy on home soil. With scouts from 79 clubs (Real Madrid, Barcelona, Bayern Munich, etc.) keeping a close eye on the players, the interest in the teenager spiked through the night.

However, Palmeiras rejected any bids and was quick to nail down their youngster as they struck a deal to keep him at the club until 2024 which will be invoked once he turns 18. He was also given the first team debut soon afterwards and the move paid dividends. Veron struck twice and assisted one in Palmeiras’ 5–1 steamrolling of Goias in his second appearance for the club.

In this scout report, we will perform a full-fledged tactical analysis on Veron’s ability and skills which helped him stand out from the crowd of budding footballers. We will analyse what he brings to the table for his team’s tactics and his recent performances in the U-17 World Cup, Paulista A1, and some other competitions in the last two years. Let’s delve deep into the analysis.

Veron is technically astute and belongs to an unusual category of right-wingers with a strong right foot. On top of that, the 17-year-old is more than capable of switching flanks and is versatile enough to play all across the attacking spectrum from a second striker to a centre-forward role.

Some of the best weapons the Brazilian boasts in his arsenal include pace & acceleration, dribbling, close control, first touch, technique and dynamism on the pitch. Standing at 1.74m tall, Veron’s low centre of gravity allows him to change direction with ease which when combined with immense strength quickly turns into a nightmare for the opposition defenders.

Adding to it, his consistency ever since he moved to Palmeiras’ youth setup in 2017 has been nothing short of stimulating. In 2018, he was awarded the best player and finished the tournament as top scorer with nine goals as Palmeiras’ youth team lifted the unofficial U-17 Club World Cup in Madrid.

As we can see from his last year’s heat map, Veron usually hugs the touchline and is a constant presence all over the opposition half. Be it his creativity, movement, or flair to take on multiple defenders, the ball at his feet spells danger for the opposition.

If we have to choose one thing that defines the Brazilian in an ideal manner, its the amalgamation of dribbling, acceleration, and confidence to never shy away from taking on players. The three are different yet interlinked and the Palmeiras forward boasts excellent competence in each area which elevates his game to a different level.

In Paulista A1 this season, he recorded an average of 6.83 dribbles per 90 with a success rate of 42.8 per cent. This ranks him at 12th among all the forwards and attacking midfielders which is more than decent for a teenager seeing he was promoted to the senior side only a couple of months ago before the start of the competition.

In these graphs from Wyscout, we can see Veron’s movement and actions in and around the penalty area. The 22 carries in comparison to 21 passes and 12 crosses highlight his intention to bring the ball closer to the goal by himself which is a clear sign of a player brimming with confidence.

Coming to his actions, out of the 71 dribbles attempted by the Brazilian, he has managed to keep hold of the possession on 54 occasions. He also attempted 29 shots after these dribbles with nine of them being on target. Of the shots which amassed an xG of 4.07, seven of them ended up in the back of the net.

Its also worth noting that at the U-17 World Cup last year, Veron attempted 55 dribbles with a success rate of 67.27 percent. One such dribble against Angola ended up being the highlight of the tournament.

The 17-year-old took the ball under his jurisdiction near the halfway line and decided to go on a breathtaking run taking on the entirety of Angolan defence and midfield.

Seven seconds and six touches later, Veron has scored the goal of the tournament leaving everyone in his awe. Another thing that must be taken into account is his wriggling past players with such ease, all thanks to his excellent close control and mind-boggling acceleration.

While the Brazilian does tend to shoot at the end of his dribbles, the maturity to create for his teammates is another characteristic that makes him an asset on the field.

Let’s take a look at such an instance where Veron sets up Joao Peglow with one of the easiest goals he will ever score in his life.

The 17-year-old receives the ball at the edge of the box and where most players would be happy to rotate possession, Veron decides to take on the group of five Canadians in front of him.

Some would deem it as madness but in the Brazilian case, it was the mere confidence pouring down. Criss-cross and moments later he created space for himself to deliver an easy shot as the hosts took the lead on the night.

Shooting & Off the ball movement

The Brazilian’s shooting output has taken a mild hit ever since he was promoted to the senior side. In the U-17 World Cup last year, he was averaging 2.98 shots per 90 mins(4th best in the competition) which has dropped to 1.95 in Paulista A1 this season.

This could be because of multiple reasons from adjusting to his new teammates to playing with the big boys. So, while we are dealing with a limited sample size, it wouldn’t be wise to draw any conclusions. Let’s look at his shot selection for the last calendar year instead.

Veron has attempted the majority of his shots from the right-hand side and inside the penalty area, makes sense given his starting position and love for dribbling. He recorded 35 of his 39 shots from inside the 18-yard box with seven of them making it past the finish line.

The area which would require massive improvement on the Brazilian’s part would be long-range shooting and set-pieces. With eight attempts, he has only managed a single shot on target and is yet to rattle the back of the net.

Moving on, let’s shift our focus towards Veron’s off the ball movement. Looking at the image below, we can see how the 17-year-old moved towards the middle dragging his marker out of position. This leads to the defensive backline being distorted which in turn opens up spaces in the opposition penalty area.

Veron lays off the ball to his teammate who is in a better position to make the pass and continues his run dragging away his marker. With acres of space being opened with his little movement, the pass gets played to the attacking player and Brazil adds another goal to their tally.

Attentiveness & Never give up attitude

Many of us are familiar with Jaime Vardy and his zeal to make goals out of nothing, something similar can be said about the Palmeiras star. Be it his goal against Canada in the group stages of the U-17 World Cup or the one versus Real Madrid in the U-17 CWC final, defenders can never feel relaxed with the 17-year-old in close proximity.

Let’s look at his goal against Canada first. As we can see in the image, Veron isn’t even in the frame at the time the Brazilian player attempts the bicycle kick. Meanwhile, the trio of defenders seems to be in complete control of the situation.

A slight late reaction from the Canadians who were caught ball watching meant that Veron was able to win the duel against the first defender leaving him on the ground. With a good first touch, the teenage sensation was able to bring the ball under control and slot it past the keeper with absolute ease.

Moving on to his goal against Los Blancos, a similar pattern emerged. The 17-year-old was given a mere hint of hope and he capitalised without wasting any time.

As we can see in the image, Veron’s body was already tilted and in motion before any of the defender was aware of the situation, even his marker. What followed next was disastrous and probably took the game away from the Spanish giants.

The 17-year-old who reacted the quickest utilised his pace to the core and was able to outrun others to reach the ball before anyone. The keeper realised the danger and charged outside of the 6-yard box to nullify the threat but to no avail as he was left in no man’s land with Veron providing a deft touch that took the ball past him and into the back of the net.

It’s safe to say that Veron, given his talent, could follow in the footsteps of previous Golden Ball winners like Cesc Fabregas, Toni Kroos, and others. The 17-year-old was touted as a hot prospect by many European clubs before the pandemic hit the football world.

Even though the situation to bring in a player from overseas has worsened, for someone like Veron who has all the ingredients to be a top player and with age on his side, a move to the big leagues in Europe doesn’t seem like a far-fetched idea if he can keep putting such performances once football resumes. 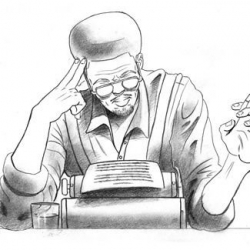 Latest posts by Nimish (see all)