Mumbai City were travelling to Kerala Blasters for their first match of the new season. While Kerala Blasters were going into the game with confidence after coming back from 1-0 down in the opening ten minutes to win their previous match 2-1 against major rivals Atletico De Kolkata. Even though the home team won their last match they had issues defensively in that game.

A win or even a draw would take the Kerala Blasters to top of the table early in the season. While a win in Mumbai City’s first match would give them confidence for the rest of the season. This article will provide a tactical analysis of this game in the Indian Super League in Asia.

An interesting statistic is that the Kerala Blasters have not won two consecutive home games for the last two seasons while Mumbai City have never won against them at Jawaharlal Nehru stadium in Kochi in the Indian Super League.

Kerala Blasters came into the match unchanged in personnel, but made formation changes since their last match. Eelco Schattorie’s men started with 4-2-3-1 instead of 4-1-4-1 in their opening encounter. They decided to go with two pivots in this match adopting a slightly defensive approach. Moustapha Gning had to play a central defensive midfielder role instead of the midfield role he played in his last match. Bartholomew Ogbeche was their lone striker and had previously scored two goals in the last match. They adopted a slightly more attacking approach in last 20 minutes changing the formation to 4-4-2 and replacing an attacking midfielder with the centre-forward to pair up with Ogbeche. Further injury to their key defender Sandesh Jhingan added woes to their defence. Kerala Blasters played deep into their defensive half.

Jorge Costa’s team also started with the same 4-2-3-1 formation. Amine Chermiti was their lone striker. For both teams, the formation looked defensive with two pivots in the midfield and only one attacking midfielder. Since both teams played with a back four they would try to exploit the spaces in the flanks as much as possible through wingers and full-backs. This also meant it will leave them vulnerable if they lose the ball and cannot trackback. Mumbai City were in a bother three minutes before the first half as they had to make two substitutions because of injuries.

Eelco Schattorie’s team tactics were almost similar to the last match where they played from the back and tried to play long balls, resulting in a more defenisve approach. Jorge Costa’s men started the game with a lot more intensity constantly putting pressure on Kerala Blasters players.

There were quite a few moments as well where the pressure got to Kerala Blasters losing the ball in an important position. One such moment was a huge miscommunication between the Kerala Blasters centre-back Jairo Rodrigues and goalkeeper Bilal Khan which resulted into an open goal opportunity for Mumbai City player Aboue. Unfortunately for Mumbai City, the striker made a mess out of the situation failing to hit the target.

It can be seen here Kerala Blasters are left exposed with no players in the box and an open goal for the Mumbai City striker to give them a two goal lead, but he misses.

Mumbai City’s tactic was to start their game by trying to attack down the right wing. They also swapped Deigo and Larbi on the wing in the first 10 minutes of the game. An important statistic is that Mumbai City had scored the second-most goals last season from counter-attacks. Their target man, and former Bundesliga player, Chermiti was always playing high up the pitch. He also made runs behind the defenders in the centre whenever Mumbai City would win the ball allowing them to counter-attack.

One such example is Kerala Blasters being vulnerable in the centre. They are exploited in the first five minutes of the game. Chermiti makes a good run in the space between the centre-back of the Kerala Blasters. This created a huge opportunity and he almost won a penalty. He failed to do so which was a result of a poor decision by the referee as it was a clear penalty. This same situation caused the problem for Kerala Blasters even in their last game which could have cost them the game. It was all Mumbai City attack in the opening ten minutes.

Mumbai City were able to exploit spaces in two ways. One was because of their attacking tactics, while another was due to Kerala Blasters poor passing.

Mumbai City were able to pass and penetrate the defence which allowed them to create more spaces on the wings. This tactic was mostly adopted by them on the wings with the help of their quick wingers like Diego and Larbi.

In this picture Larbi passes the ball to his teammate in the centre and is in a position to make a run forward. The Kerala Blasters player marked here tries to press the Mumbai City player receiving the ball. This creates an open space for Diego to run forward in the black box as shown. The Mumbai City player who receives the ball now has two options. He can either change the direction of the ball through a lob pass to Sougou or play with one touch to Diego in the open space. He made a good decision to play the ball to Larbi on the wing who is in open space.

2. Poor passing by Kerala in important areas of the pitch.

Instead of passing the ball to Kerala’s number 14, Jairo chooses a penetrating pass. Yet, Mumbai City midfielder intercepts the ball and now he has two options. He can either pass the ball to the player marked in the centre or can play a through ball to Chermiti with the open space in front of him. Fortunately for Kerala, Jairo recovers and the attack is nullified.

Their full-backs also covered lots of spaces in the wide area by overlapping and putting good crosses in the box. The only goal of the match for Mumbai City also came through a low cross from the right wing. This goal was a result of Chermiti being unmarked in the box and he made no mistake in putting the ball into the back of the net.

These two pictures above tell the story of the goal. In the first picture, Mumbai City striker Chermiti initially moves forward. This makes the Kerala Blasters defender marking him think Chermiti will make a run forward. Instead, he stops and drops back a little which allows him to be unmarked. The Kerala Blasters defender Jeakson Thaunojam, who makes a run to mark Modou Sougou near the front post, assumes the cross will come near the front post but it does not. Instead, the cross comes near the centre of the box and since Thaunojam’s initial movement forward means he has to stretch back, as shown in the second picture, which he fails to do and gives Chermiti ample of space to strike the ball into the goal.

One more example of Mumbai City’s play down the right wing play can be seen in the above picture as two Kerala Blasters players try to close down Diego. In the meantime, the Mumbai City right-back makes the run behind in the space down the wing and delivers a beautiful cross into the box.

It can be seen here how Kerala Blasters goalkeeper is surrounded by two Mumbai City players crowding him while two more players at the front post wait for the delivery.

Mumbai City started the game quite intensely. They pressed from the first minute of the game and they pressed as a team which made it successful. This resulted in the Kerala Blasters losing the ball in the midfield too often allowing Mumbai City to counter-attack.

In this picture, it can be seen there is a 3 v 3 situation in the Kerala Blasters defending third. There is pressure on Giani Zuiverloon to release the ball. If he releases to either of the two players, they are marked by Mumbai City players ready to press them. Diego has positioned himself in such a way that he can go to left or right to press as per the need. This forces Zuiverloon to pass the ball long resulting in a throw-in for Mumbai City.

Mumbai City conceded the second-most goals last seasons from crosses and Kerala Blasters tried to exploit that. They tried to attack more down the wings, but poor crosses and a lack of men forward did not create many problems for Mumbai City. Although, the attack from corners and free-kicks in wider areas where they had men forward created trouble for Mumbai City. Five out of seven of Kerala Blasters shots came from corners and free kicks. Once the Kerala Blasters approached an attacking mode in the last few minutes, replacing both their winger’s, better chances were created through the wings from crosses.

The best chance probably came in the last minute of injury time from the cross by Sahal Abdul Samad but a brilliant save from Mumbai City goalkeeper Arminder Singh denied them the goal. They also occasionally tried to play through the middle but the lack of options in the attacking half and some good defending by the opposition prevented them having success.

The picture here shows the lack of players in the attacking phase for Kerala. Also, the cross delivered by Halicharan Narzary was poor as it went out of play. But even if it was a good one it would have created a 3 vs 1 situation in the box where it would have been tough for Ogbeche to put the ball away or even get a shot on target.

Furthermore, their best chance of the first half came from a free-kick. The ball was delivered near the back post and it looked like it was a pre-rehearsed routine as Jairo could be seen asking the free-kick taker to cross the ball near the back post. They also had more players at the back post for the ball. And it was Jairo who had the header on target saved by Singh.

Kerala Blasters adopted quite a defensive approach except for the last quarter of the game. For example, even their lone striker Ogbeche came into the defensive area. This meant even if Kerala Blasters won the ball while defending they had no one in the attacking third to counter-attack through. This meant Mumbai City defenders had enough time to trackback.

The player highlighted in the picture is Kerala Blasters striker Ogbeche and it can be seen here how deep he came into their half to defend and win the ball back.

Kerala Blasters poor defending and losing the ball in midfield

Mumbai City deserved the win for the constant pressing and attacks they made. It looked like Mumbai City did a thorough analysis of Kerala Blasters last match. Kerala Blasters had a few good opportunities to attack but their more defensive approach cost them the three points. Kerala Blasters goalkeeper once again had a day he will want to forget quickly. While the Mumbai City man between the posts had a brilliant day in goal. Mumbai City could have easily scored more goals but poor finishing from them resulted in a tight scoreline. 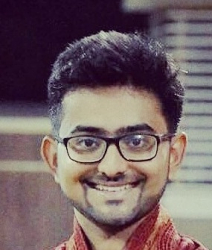 Bijen Sheth
Bijen Sheth will be bringing you analysis on football matches and players for Major League soccer. Bijen is a passionate sports person and a performance analyst