January 1 2020, the start of not just a new year but a new decade. While many people were celebrating the end of 2019, League Two fans were licking their lips at a certain fixture down in Devon. At Home Park, Plymouth Argyle were hosting the league leaders Swindon Town. Both sides had been two of the more entertaining teams during the season so far. While the Robins were sitting top of the pile, the Pilgrims were sat lower than most would have expected. Ryan Lowe’s Plymouth Argyle had endured a somewhat underwhelming start and were having to play catch up. But, a victory at home against top of the table team Swindon Town would have put out a statement of intent.

In this tactical analysis, we will take a look at the systems, key approaches and players for both Plymouth Argyle and Swindon Town, using this analysis to understand exactly what allowed the Robins to head back up to Wiltshire with three very hard-fought points.

Plymouth Argyle retained the 3-5-2 formation which had been so common over the season so far. West Bromwich Albion loanee Alex Palmer was in goal. The back three ahead of him consisted of the versatile Chelsea loanee Joshua Grant on the left. Niall Canavan, scorer of the 96th minute winner against Stevenage was in the middle. Scott Wootton was on the right. George Cooper and Byron Moore retained their roles at left-wing-back and right-wing-back respectively. Conor Grant joined the midfield three alongside Antoni Sarcevic and Joe Edwards, with the latter sat in a slightly deeper role. While Dom Telford and Joel Grant formed the flat front two.

Meanwhile, Swindon Town made six changes from a 2-0 defeat at Port Vale but retained their 4-2-3-1 formation. Swansea City loanee Steven Benda remained in goal. Rob Hunt and Paul Caddis played at left-back and right-back respectively. Anthony Grant dropped back from midfield and partnered Zeki Fryers in the centre of defence. Jordan Lyden was partnered by Danny Rose in central midfield, with Premier League side Norwich City loanee Diallang Jaiyesimi playing further in front. Rotherham United loanee Jerry Yates played on the left wing with Lloyd Isgrove on the right. Up top remained Eoin Doyle, League Two’s outright top goalscorer with 22 goals so far. The Irish striker’s move on loan from Bradford City has rightfully been seen as one of the deals of the season.

Ryan Lowe’s tactics involved encouraging his side to build through the thirds if they could. He would encourage Palmer to play short to either Wootton or Joshua Grant. The pair would split wide to the edge of the box when he had the ball.

As the graph below shows, the midfield three had an important role in this build-up process. Edwards, the deepest-lying, would often play with his back to goal as the short option for either Wootton or Joshua Grant. Further upfield, Sarcevic and Conor Grant looked to provide the link between defence and the respective wing-backs. They would also look to hit penetrative passes to the front two where possible, particularly Sarcevic once Billy Clarke had replaced Telford.

That isn’t to say that Plymouth never went direct though. If Swindon’s press was high, the midfield was often bypassed and the ball would transition straight from the defensive third to the edge of the final third. The starting strike force of Telford and Joel Grant played asymmetric at times. Grant would drop deeper, hold up the ball and wait for runners off him. Telford would stay on the last Swindon defender and look to make runs in behind. Though very few of these passes to Telford were successful, it helped to stretch the Swindon backline and make it difficult for them to retain a compact defensive shape.

As the below graph shows, Swindon’s width was mostly provided by their full-backs. The two wingers, Yates and Isgrove, played more infield. This was done to occupy the two wider Plymouth centre-backs, Wootton and Joshua Grant respectively.

More centrally, Jaiyesimi looked to find space and drag Edwards out of his position in deep midfield. This was done to open up the space for Doyle, who often drifted wide either side of central Plymouth defender Canavan. Since both Wootton and Joshua Grant were occupied by Swindon wingers, it left an outfield four-vs-four in attack with a good amount of open space on either flank.

Full-backs Hunt and Caddis would push forward into this space. That in turn would force Plymouth’s wing-backs to help out, interrupting the Pilgrims’ shape in transition from defence to attack.

The best example of this full-back overlap came from Swindon’s winning goal. With the back three occupied and Cooper brought infield by Isgrove, Caddis had plenty of space to run into and pick out a low cross for Doyle to score from. The still image below shows it.

Though Argyle were comfortable going at Plymouth down either side, it’s on the left where they were at their best. Cooper was perhaps Plymouth’s best player on the day. Taking up a very wide position on the left touchline at all times, he regularly found himself in one-vs-one situations with Paul Caddis.

One notable example of this was in the seconds prior to Plymouth’s goal, which the picture below shows. Cooper’s wide position made him easy to pick out for Sarcevic on the ball.

Favoured by a flat body position from Caddis, Cooper could go whichever way he wanted. The wing-back duly cut onto his left foot and delivered an excellent cross for the opener.

Assessing Cooper’s statistics below shows how important he was to Plymouth in this game. The wing-back attempted 10 dribbles, more than any other player in the team. He also had 90% accuracy from his progressive passes and 100% from his through balls, contributing 2 key passes in the process. From a creative perspective, he offered more than any other Argyle player. Hardly a surprise to see him play such a big role in the first goal then.

Doyle showing what he does best

When you watch him closely, you understand what makes Eoin Doyle so good. He is not a striker who has great height or pace. What he excels at though is the ability to find space away from anyone else nearby. It’s his movement off the ball, and good finishing, that has allowed the Irishman to rack up 22 league goals prior to this game. He would score number 23 against Plymouth to secure the Swindon win.

During the game, Doyle drifted between the three Plymouth centre-backs for aerial challenges. Although he only had a 10% success rate from his 10 attempted aerial duels, the mere presence of him competing often saw Plymouth fail to collect the second ball.

Assessing Doyle’s shot data, three stand out as examples of Doyle’s excellent movement. The diagram below shows them. Each had at least a 21% chance of leading to a goal.

These shots were so good because of Doyle’s positioning in relation to the nearest defender. The striker started each run on his opponent’s blindside. This meant that the defender had to look two different ways in order to see both the ball and Doyle. He took advantage of this by beginning his key movement when his opponent was looking the other way.

The image below shows a good example of this. It shows shot number four on the previous diagram.

A similar example of Doyle’s effective blindside movement comes from the winning goal. It is number 12 on the shot data diagram.

As 2020 began, the New Year’s Day fixtures in League Two showed one standout game, Plymouth Argyle v Swindon Town. The excitement around this contest duly delivered. Hosts Plymouth would employ a shorter, progressive approach through the thirds, though they were comfortable going direct when the situation called for it. Opponents Swindon made this happen by adopting a man-to-man approach against Plymouth’s back three and deepest-lying midfielder.

Plymouth wing-back George Cooper and Swindon striker Eoin Doyle were two of the standout players in this game. They played an important role in their respective side’s attacking play. Cooper’s wide position on the left allowed him to create dangerous one-vs-one situations with Paul Caddis. This benefitted him hugely for providing the cross for the opener. Eoin Doyle flourished with his movement on the blindside of opposing defenders, to the point that he was able to sneak ahead of Niall Canavan for the game’s winning goal.

Both Plymouth Argyle and Swindon Town now find themselves in the promotion places and potentially going up. There is no doubt though that from a Swindon perspective, this 2-1 win at Home Park was one of the most important and memorable games of their 2019-20 campaign. 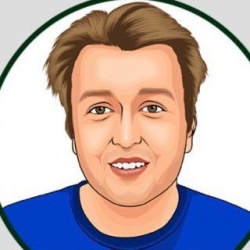 Edward Walker
Midlands-based analyst.
Cover the EFL League Two in depth and have a keen interest in the other two divisions of the English Football League as well.
Devoted Burton Albion supporter who's still coming to terms with Nigel Clough leaving.