This game marked the return of the Danish Superliga after the Covid-19 shutdown. Fleming Pedersen’s Nordsjaelland, the top scorers in the league, were unbeaten in their last 5 league games before football was brought to a halt. Meanwhile, Silkeborg, managed by Kent Neilsen, who took Aalborg to the UEFA Champions League 2nd qualification round, sat at the bottom of the table.

In this tactical analysis, we will assess how Norsdjaelland’s tactics overcame those of Silkeborg.

Nordsjaelland have used both a 4-3-3 and a 3-4-3 as their main formations this season. In this game, they lined up in their 3-4-3. Surprisingly, Mikkel Damsgaard didn’t start and Mohammed Kudus played from the right instead of centrally. Damsgaard and Kudus are Nordsjaelland’s joint top scorers, so it was unexpected to see one of them on the bench and the other shifted out of his normal position.

Silkeborg have tended to favour a 4-1-4-1 but lined up in a 4-3-2-1. Junior Brumado made only his fifth start for the club after joining on loan from Midtjylland in January. They lost their top goalscorer Ronnie Schwartz Nielsen to the league leaders and have struggled for goals since.

Nordsjaelland seemed to be happy to sit in a mid-block when Silkeborg were in the build-up phase. This meant that Silkeborg were forced to pass backwards and sideways often and didn’t move the ball quickly enough to disrupt their opponent’s shape. This would result in them wasting possession often.

In this example, Fredrik Ibsen is on the ball and he has no real options to progress. The Nordsjaelland front three were content to let Silkeborg have it at the back and take positions to block passing lanes into the midfield.

Silkeborg subsequently passed backwards and sideways for a few seconds. Eventually, Nordsjaelland dropped back a little, allowing Silkeborg to carry it forwards to the midfield third.

At this point, Nordsjaelland’s 3-4-3 shape is clear. Notably, there are no available passing options, forcing Ibsen to play a long ball. This meant a turnover to Nordsjaelland. This happened regularly throughout the game, resulting in Silkeborg losing the ball 33 times from forward passes. Nordsjaelland recovered the ball 32 times due to positioning and 11 times through interceptions. This emphasises how strong their defensive shape was.

It is also notable in the image above how compact Nordsjaelland are. There is a very little space in between the lines for Silkeborg to play in. Unfortunately for Silkeborg, they were lacking a player with the nous and intelligence to break those lines.

The difference in space for the two teams to play in is stark when compared. Nordsjaelland had 32 metres between their furthest player forward’s average position and their deepest defender. Contrastingly, Silkeborg had 52 metres between the two.

The line of Norsdjaelland’s front three is clear to see again as they are cutting passing lanes. However, as the ball came to Anders Hagelskjaer, Kudus raced forward to press.

He managed to intercept Hagelskjaer’s pass and suddenly it was a breakaway situation. This led to a one v one with the goalkeeper, which unfortunately Kudus put wide. However, this showed how dangerous the Nordsjaelland front three could be if Silkeborg made a mistake. Perhaps it was because of this exact reason that Silkeborg preferred not to pass through the midfield. Worries about the pace of the Nordsjaelland forward line was enough to make them prefer to play directly and look to win the second balls.

There was one occasion at the end of the first half when a direct ball over the Nodrdsjaelland backline almost paid off. Rasmus Carstensen ran onto it in space, but he lost his balance as he cut inside to shoot and it was easily dealt with.

Whilst Silkeborg were struggling to progress through the centre, Nordsjaelland were manging it with relative ease. They overloaded the centre of the field, despite having a midfield two, compared to Silkeborg’s three. They did this by the central centre back bringing it forward and the centre forward dropping short to create four in the middle.

In this average positions map observe how Oliver Antman (no 42) occupies a very similar space to the central midfielders. This is because he operated more as a false nine than a traditional centre forward. This allowed for Nordsjaelland to numerically outnumber Silkeborg in midfield even though they strictly had 2 midfielders. It’s very impressive to see such a young team utilise a false 9, albeit in a different formation to the one in which Barcelona and Lionel Messi made the role famous.

In this example, Abdul Mumin, the middle centre back, had the ball at his feet. He was confident enough to pass through the lines, which he did on several occasions, making 10 progressive passes. Here he passed into the feet of Antman, who dropped away from his marker to receive the ball in the centre circle.

Antman then played the ball with his first touch to Magnus Andersen, who received the ball in space. In doing so, he drew Ibsen with him, leaving a gap for Andersen to pass into.

Andersen then played a dangerous pass into the path of Kudus. Unfortunately, Kudus’ touch let him down in this situation or he would have had a one v one with the defender and a chance to run at goal.

Nordsjaelland’s progression through the centre was partly made easier for them by Silkeborg’s disconnected pressing. They left a huge gap between their forward line and their midfield far too often. Nordsjaelland’s midfield pairing of Andersen and Mikkel Rygaard was subsequently able to find plenty of space to receive the ball in.

Here we see a poor attempt from the Silkeborg centre forward to close down Mumin. In stepping towards the ball, he left an easy pass into midfield, which Mumin took.

With no midfielders pressing behind him, Andersen received the ball in yards of space to turn and run into. With one pass Nordsjaelland were able to break such a flimsy press.

According to Wyscout’s ‘passes per defensive action’ metric, which measures a team’s attempts to win the ball from an opponent, Silkeborg are ranked as the least high pressing team in the Superliga. Their tactics are to allow their opponents to come onto them, rather than aggressively win the ball back. However, on this occasion, the gaps between the midfield and the attack were simply too big. If the forwards didn’t press as well then it would have been much harder for Norsdjaelland to progress.

Instead, Andersen was able to receive the ball from his centre backs 20 times during the game, often in positions like this. He was then able to move the ball wide, where Nordsjaelland were causing lots of problems for the home team.

Finding space on the flanks

Silkeborg’s 4-3-2-1 shape did not match up well with Nordsjaelland’s 3-4-3 in terms of space on the flanks. It often meant that once Nordsjaelland progressed into the midfield third, they had opportunities to run at an exposed fullback if they could get the ball wide.

As you can see, the two Silkeborg attacking midfielders are positioned in close proximity to the centre forward, forming almost a front three. However, they are quite narrow, as is the bank of three midfielders behind them. This meant that Nordsjaelland were often able to find space on the flanks to progress. In this case, Kian Hansen was able to find Mads Thycosen in plenty of space by chipping a pass over the pressure.

Thycosen then ran onto this and had the entire right flank to charge into.

Higher up the pitch, this was even more dangerous for Silkeborg. Nordsjaelland were able to utilise the combinations between the wingbacks and the wingers and create 2 v 1 situations with the Silkeborg fullback.

They also looked to get the ball out to the left-hand side early in order to isolate the fullback and give Kamal Sulemana an opportunity to run at them. Sulemana was the star attacking player in the game as he had many opportunities to do this. He made 10 dribbles during the match, whilst Kudus made 9 on the right.

On receiving the ball, Sulemana was able to carry the ball centrally, particularly in the transition phase, overloading the centre and then spreading to the right. He tended to go to the by-line more when in the attacking phase when he would receive the ball in a higher starting position.

On the occasion above he drove towards the penalty box, before cutting inside to score a wonderful goal.

All in all, this analysis has shown this was a comfortable win for Nordsjaelland.

Silkeborg did cause a few problems in the early stages of each half, winning a few corners where they looked dangerous. They also put in one or two crosses into the box which Nordsjaelland found difficult to deal with. However, due to their struggles to adequately progress through the centre of the pitch, Silkeborg did not create enough. Nordsjaelland deserved the victory. They came out on top according to xG with 1.49 to Silkeborg’s 0.75. Notably, the two goals they scored were individual moments of brilliance in terms of finishing, but their superior tactics made the difference in the pattern of the game.

Tired of commentary which tells you nothing new about the action in front of you? Well, we’ve got a solution. We’ve partnered with HotMic to provide live commentary and analysis of the best football action from around the world, and we’re covering some of the best matches in the Bundesliga this weekend! Download the HotMic app and sign up using the code ‘TFA2020’ to keep up-to-date with all our coverage – we’ll be covering the Premier League, La Liga and Serie A as well when they resume, so make sure to follow us on the app, and get in-depth analysis and tactical knowledge from the best analysts in the business! 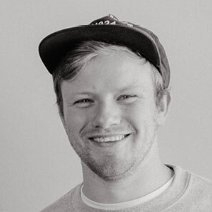 Josh Hobbs
I’m a huge Leeds United fan and disciple of Marcelo Bielsa, dreaming of making it into professional football as an analyst or scout.