With two Belgian Golden Boots in two years time, Hans Vanaken is currently the best player to be found on the Belgian football pitches. The tall but technically skilled midfielder had a big part in winning the title at Club Brugge this season.

Borussia Dortmund has been following him for a number of years, but he has remained loyal to Club Brugge since 2015. In Belgium, Vanaken was among the best football players in the country in recent years. Many analysts and journalists claimed that Vanaken reached his limits in the Jupiler Pro League. But nothing could be further from the truth, as we investigated in this scout report.

This year under the new coach Philippe Clement, he was given a new role in the Bruges’ tactics. In this tactical analysis, we examine this new implementation for Vanaken.

Last season Hans Vanaken scored 14 goals and 17 assists in 40 league games. So the key player of Club Brugge was decisive 31 times combined. Such impressive statistics are of course hard to improve on.

This season, those stats were indeed less with 19 decisive actions (13 goals and six assists) in 29 matches. But still, Vanaken was more important than ever for Club Brugge during the recent season. And that has in particular been related to his new role in the team.

As an intelligent playmaker, Vanaken still covers the left central axis of the pitch, just like last season. But under Ivan Leko, Vanaken was often to be found deep in the half of the opponent. With Philippe Clement as the new coach, he now pulled Vanaken back in a more supportive role.

Another indication of his reorientation can be seen in Vanaken’s ball loss. The metronome from Brugges lost the ball 11 times per game last season where 27% of these occurred on his own half of the game. This season his ball loss dropped to 9 per match, yet 32% of these happened on his own half of the field. It’s clear that Vanaken acted lower on the playing field this season.

He still covers the same areas but is not constantly found deep on the left half. Vanaken’s position evolved towards the centre circle and even the right part of the field.

In the home game on 26 December 2019 against Zulte Waregem, we clearly see Vanaken in a more withdrawn role. This was even more extreme because direct opponent Abdoulaye Sissako provided extreme man-marking from his own half of the pitch.

But thanks to his game insight he also finds openings for his teammates from other positions than the left flank. We can see this in the same game where he finds Simon Deli on the left. The Ivorian defender can take advantage of Vanaken’s unlocked space.

So Vanaken had to re-orient himself a bit, but from his statistics, he made the click without any difficulties. By operating a bit more withheld, Vanaken was able to put other aspects in his play.

Thanks to his brushed velvet technique, Vanaken’s playing style is a delight for the eye of every football fan. His ball-handling is of a high level and his passing is always of the purest quality. However, his successful passing percentage last season was still a mediocre 84%. This was primarily because of his more offensive role, which made him put much more risk in his game.

In the home game on 8 April 2019 against Standard last season, we see Vanaken higher in the build-up. Standard then was, and still is, a team with more qualities than Zulte Waregem. But Vanaken, as in the whole of last season, acted more in-depth in the team’s build-up.

This more offensive kind of play resulted in more goals and assists, but also a lower passing accuracy. This is mainly because of the high risk that this style of play contained.

After a progressive run, which started at his own half of the pitch, Vanaken delivers a through pass. With this complex pass he takes out three players of Standard, and this eventually ended in a goal for Club Brugge.

This is an example where the offensive qualities of Vanaken are highlighted in an important play-off 1 game last season. But overall, this was the style of play from Vanaken that season: high risk, but with lots of results in goals and assists.

In his new and more withdrawn role this season, his passing percentage increased by an extra 4%. This put him in eighth place in the top-ten central midfielders of the Jupiler Pro League. In that top-ten Vanaken has the second-highest number of passes sent with 59 of them. Remarkably, this is seven passes fewer than in the previous year. This means that the quality and efficiency of his passes improved considerably. This also applies to his long passes, which increased efficiency by 12% this season.

Despite Vanaken himself sending out fewer passes, he did receive more from his teammates. The two-time Belgian Golden-Boot winner played the ball 47 times per game, compared to ‘only’ 37 times last season. In relative figures, this means an increase of no less than 27%, which clearly highlights Vanaken’s importance. Moreover, he also lost the ball 18% less compared to last season.

Decisive in the background

With just six assists, you wouldn’t think Vanaken had too much of a part in the opportunity creation at Club Brugge this year. Especially if you take into account his 17 assists from last season. But last year Vanaken surpassed himself in that segment with 0.33 effective assists per 90 minutes, while his expected assists were 0.26 per match.

This season, however, Club Brugge had a big problem with efficiency in front of the goal. The recent national champions only shot 35% of their chances at the goal, which is 1% less than the league average. This puts Club Brugge in tenth place, which is quite remarkable for the best team in Belgium.

For this very reason, the 0.13 effective assists per 90 minutes of Vanaken were very close to the expected assists of 0.12 assists per 90 minutes, because the offensive players of Club Brugge performed very poorly in front of goal this season. If provided a better finish for the Club strikers, Vanaken would certainly have a lot more assists to his credit.

Despite his fewer assists per match, Vanaken was never more present in the Bruges gameplay. So his overall passing percentage already increased by 4% compared to last season. But also his threatening passes, from which goal danger arose, were much better. More threatening than ever.

Vanaken’s number of through passes dropped from 2.09 per match to 1.91 this season. However, its efficiency increased significantly from 36% to 49%. This is a considerable improvement in quality and efficiency in comparison to last season.

The same goes for the passes towards the penalty box. From 4.14 passes to 3.11 with efficiency increasing from 64% to 67%. The number of passes to the final third remained more or less the same with 8 per game, but also here the efficiency increased from 75% to 78%.

Remarkably enough, Vanaken does not belong in any of these parts in the top-ten of the Jupiler Pro League. But there are also very few players who can play such a versatile and extensive arsenal of threatening passes.

We put it to the test. Only Sven Kums (AA Gent) surpasses Vanaken in the number of successful passes to the final third, through passes, long passes, and general passes. Kums does operate in Ghent in an even more supportive role than Vanaken at Club Brugge.

Unseen efficiency in front of goal

This season Hans Vanaken scored one goal short than of last year’s tally, but he also played eleven league games fewer. Under normal circumstances, the double Belgian Golden Boot-winner would certainly have exceeded the mark of fifteen, because his efficiency for goal took unprecedented proportions this season. It’s no coincidence that as a midfielder he also finished third in the top scorer ranking of the Jupiler Pro League.

Last season Vanaken needed 79 attempts to reach 14 goals, while this year he only had 51 chances for 13 goals. His conversion of attempts to goals is therefore a very impressive 25%, much better than last season’s average of 17%.

With this goal conversion, Vanaken even outperforms pure strikers like Kemar Roofe (RSC Anderlecht, 20%), Laurent Depoitre (AA Gent, 19%), and Aly Samatta (KRC Genk, 14%). Moreover, the difficulty level of his goals was much higher than last season. Then he counted 13.29 expected goals, this season they were 7.77 expected goals. In terms of efficiency for goal, Vanaken outperformed himself enormously.

Vanaken scored his most difficult goal this season on 19 January 2020 in the grounds of RSC Anderlecht. This goal went around the world, and it only emphasises the high level of difficulty of his goals. Captain Ruud Vormer starts the action with a direct free kick.

However, this free-kick ends on the wall of Anderlecht, making the ball take a strange curve.

Vanaken does not lose the ball out of sight for a moment and he is already thinking of the impossible.

Vanaken adapts his body to a shooting position and he doesn’t hesitate to hit the ball in one time.

With an incredible curve, the ball ends up in the net of goalkeeper Hendrik Van Crombrugge, who is one of the best goalkeepers in Belgium. This goal had an expected value of 0.03 xG.

The 27-year-old Vanaken has achieved a tremendous level for several seasons, with many decisive passes and goals. But his level of play under the current coach Clement proved that Vanaken still has a room for progression.

The Belgian league turned out to be a challenge for the double Golden Boot-winner this season. Especially the fact that Vanaken was able to improve a lot in his performance and stats is quite surprising.

But Vanaken also made progress in other areas. With his frail body, he is not exactly a physical monster. But because of his superior game intelligence and experience, he often manages to hold his own successfully in duels. This season Vanaken won exactly half of his confrontations, which is 2% better than last season. A small difference, but still nice progress.

The various aspects in which Vanaken developed further this season are numerous. We can see that when we add the general denominator of his overall successful actions. Last season they were 66.7% and logically that average went up to 71.2%.

It is obvious that under Clement, Vanaken added multiple extra features to his game. In a more reclusive role, his number of goals and assists dropped. But he became more and more essential for Club Brugge.

Every year, the question is asked whether Vanaken will finally take the step abroad. The likes of Borussia Dortmund from the Bundesliga are already frequently in the stands this season to scout Vanaken. Will his newly discovered offensive diversity win over a top European club finally?

If Vanaken stays with Club Brugge for another extra year, we’ll see him in action anyway during the next campaign of the Champions League. After all, Vanaken probably has the most progress to make on the European level. 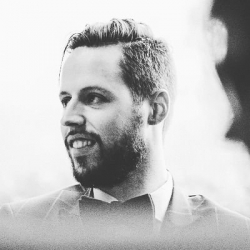 Follow me
Latest posts by Olivier Plancke (see all)