Total Football Analysis wrote a scout report on Fiorentina midfielder Gaetano Castrovilli in November 2019, when the club was still under the management of Vincenzo Montella.

Current Fiorentina manager Giuseppe Iachini, who arrived at the club in late December, employs the same 3-5-1 line-up that Montella did. However, he has changed the way his team approaches the game. While Montella wanted his side to play out of the back, Iachini now opts for a more direct approach, often reliant on quick counter-attacks.

This tactical analysis and scout report will take a close look at Castrovilli’s updated numbers. Through images and data, the scout report will evaluate whether Castrovilli has been consistent throughout the 2019/2020 Serie A campaign and whether the arrival of Iachini has changed his style of play.

For those who missed out on the previous analysis of Castrovilli, it will be helpful to provide a quick overview of him as he plays his first season in Serie A.

Castrovilli is 176-centimetres tall, or 5 feet and 9 inches, and weighs 71 kilograms, or 156 pounds. He is currently 23-years-old and wears the number 8 jersey. He has been playing as a left-sided midfielder in Fiorentina’s 3-5-2, usually next to Erick Pulgar and one among Marco Benassi, Milan Badelj, or Alfred Duncan. In 24 Serie A games, he scored three goals and recorded two assists.

Castrovilli does not like to receive the ball too deep. The three centre-backs, Germán Pezzella, Martín Cáceres, and Nikola Milenković, together with the holding midfielder, are usually responsible for initiating Fiorentina’s plays.

The fact that Castrovilli is often exempted from play-making duties affects the number of passes that he completes per game. Under Montella’s possession-based style of football, Castrovilli averaged 35 passes per 90 minutes, a statistic that has basically remained unchanged (35.1) under Iachini’s leadership. This number is significantly lower than those registered by the three centre-backs, who altogether averaged 45.5 passes per 90 minutes, as well as Castrovilli’s midfield partners, Badelj and Pulgar, who averaged 48.7 passes.

When Fiorentina is in possession, Castrovilli lets the backline and the holding midfielder build out as he keeps his position high. With such action, he avoids attracting too many opponents in Fiorentina’s half while being a solution in case his teammates look for a vertical pass. He essentially acts as a trequartista, or attacking midfielder, shaping the Fiorentina side into a 3-4-1-2.

In the pictures below, which show Fiorentina away at Udinese, we can see how Castrovilli tends to stay high during Fiorentina’s build-up. Rather than dropping and congesting the midfield with too many purple jerseys, he prefers to occupy the space in between the opponent’s defence and midfield. He is usually unmarked when he receives the ball in that pocket, which allows him to turn and run straight at the opponent’s defensive line. This pattern is successfully showcased in the picture below where we can see that Castrovilli is about to receive the ball without tight pressure on him.

One of Castrovilli’s biggest strengths is his ability to run with the ball at his feet. His stride, combined with a sensitive touch, allows him to drive long distances with the ball up the pitch. It is not a coincidence that he ranks second in Serie A for total dribbles with 103, behind Sassuolo winger Jérémie Boga with 166. It is an impressive number considering Castrovilli’s position as a central player.

However, his dribbling comes at a cost. Castrovilli’s willingness to take initiative by driving the ball forward has caused him to often lose possession for Fiorentina this season. He currently leads the team in turnovers, with 52, followed by striker Dušan Vlahović with 38.

Castrovilli’s great ability to draw fouls for Fiorentina is proof of an elevated football intelligence quotient. He gets fouled 2.8 times per 90 minutes, which translates into a total of 67 fouls drawn so far in Serie A. Even in this category, Castrovilli ranks second, this time behind Torino striker Andrea Belotti.

In the pictures below, we can see an example of Castrovilli’s ability to draw free kicks. Forced to deal with a bouncing ball while having his back to AC Milan’s goal, he seems bound to lose possession due to pressure coming from behind from AC Milan midfielder Franck Kessié. Castrovilli realises that he does not have any open teammates and that he needs to come up with something crafty to avoid giving the ball away. Kessié’s excessive rush is exactly what he is looking for.

Castrovilli puts his body in between Kessié and the ball and slows down the pace of his run, causing an aggressive Kessié to bump into his back for a foul. Besides keeping possession, Fiorentina can now take advantage of a crossing opportunity from a dangerous position high on the pitch.

Castrovilli is also good at making runs in the box. Fiorentina’s 3-5-2 formation requires mobile midfielders to join the attacking play and bring numbers forward, a responsibility that Castrovilli fulfils consistently. In the box, he is able to compensate for his modest height (he is 176-centimetres tall) by diligently timing his runs according to the pace of the delivery.

He has scored three goals in 24 games, two of which coming from headers off of crosses. He currently ranks eighth in Serie A for header goals.

When Fiorentina is defending, Castrovilli has the job of dropping in the defensive line of three to pick up the opposition’s late runs. Castrovilli is good at recognizing the moments when the line of Pezzella, Cáceres, and Milenković risks getting outnumbered in the box.

In the pictures below, Fiorentina’s defensive line is attracted by the wide position of the ball, an action that leaves a vacant space in Fiorentina’s left side of the box. We can see that Castrovilli recognizes the danger and drops to pick up AC Milan’s right-winger. His movement turns out to be critical, as he ends up being the one clearing the cross with a defensive header.

When Fiorentina wants to press high, the 3-5-2 makes it hard for the two strikers, Federico Chiesa and Vlahović, to jump on the full-backs. Castrovilli often takes up this responsibility, as he is the one who is more willing to leave the line of Fiorentina’s five midfielders.

This especially happens against sides with four men in the back, like AC Milan’s 4-4-2. Against mirroring formations, like Udinese’s 3-5-2, Fiorentina has shown a man-for-man approach to pressing. In this case, the opponent’s wing-back is matched up with Fiorentina’s wing-back, while Castrovilli pops out on the right centre-back when this has too much time on the ball because Chiesa and Vlahović are too distant to apply pressure.

Castrovilli’s ability to run effortlessly allows him to cover a lot of ground. Running almost 11 kilometres per game, he is 23rd in the table of Serie A players who covered the most distance per game, and ninth among those who played at least 2,000 minutes.

This aspect of Castrovilli’s game did not go unnoticed to Montella and Iachini, who regularly started him during this Serie A season. With 2,023 total minutes, he is the fourth-most used player on the Fiorentina roster, a significant number for a rookie.

Castrovilli has been employed in the same left-sided midfielder position for Fiorentina by both Montella and Iachini. His style of play has also remained virtually unchanged under the tactics of the two leaderships, partially due to the fact that both managers played with a 3-5-2 system. His ability to drive with the ball at his feet is what sets him aside from most players that occupy central positions on the pitch.

Serie A giants Juventus and Inter have revealed interest in Castrovilli. Considering the postponement of the UEFA Euro to the Summer of 2021, he may want to spend another season at Fiorentina before joining major clubs, where fierce competition could cost him a spot in the starting line-up. He knows that in Florence, he will get the playing time that he needs to convince Italy’s national team manager Roberto Mancini to put him on the 23-man list next summer. 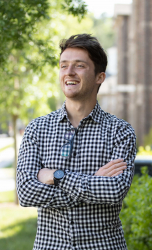