There isn’t a game on the W-League calendar that people look forward to more than that of the Sydney Derby. Round six saw the 2nd place Sydney FC team take on 4th place Western Sydney Wanderers. To date, in their past nine matchups, Sydney FC have managed to secure eight of those wins, scoring a total of 21 goals, while the Wanderers were yet to win one and have scored a total of only six goals, thanks in part to a 2-2 draw.

However, this season Dean Heffernan’s Wanderers squad has been off to its most successful start to a W-League season to date. There is no denying the strength and versatility the team has this season with the signings of internationals like Lynn Williams and Denise O’Sullivan. Sydney FC, on the other hand, are full of experienced W-League players who have Matildas’ pedigree. In this analysis, we will look at the tactics used by both coaches and how the Wanderers managed to secure their first win in a Sydney Derby.

With the Wanderers coming in off a bye and Sydney FC coming into the game after a 2-0 upset over Newcastle Jets, this was a highly anticipated game. The Wanderers were back to their standard 1-4-4-2 formation with key players such as A. Huynh, E. Mastrantonio and K. Cooney-Cross starting the match. You also can’t ignore the performances of internationals D. O’Sullivan and L. Williams, having their best start to a W-League season.

Sydney FC, on the other hand, lined up in a 1-4-3-3 formation. With the likes of R. Siemsen, a player who could be a big contender for the 2020 seasons Golden Boot award, and current Matildas like C. Foord who also recently signed for Arsenal in the FAWSL and C. Logarzo among the mix, Sydney FC were looking to continue their undefeated derby record. Only one change was made to this week’s squad, that being a change of sides for both C. Foord and P. Ibini. The tactical analysis below will break down how each team approached the first Sydney Derby of the 2020 season.

It’s no surprise that Heffernan wants to attack and attack hard. Thankfully for Heffernan, he has a variety of ways he can utilise his players to beat an opponent’s defensive line. From early on it was clear that Sydney FC’s numbers were central, leaving Heffernan to direct his team down the line. From the get-go, the Wanderers identified that the left-hand side was where Sydney FC was weakest. The combination of O’Sullivan and Williams was crucial to the goal-scoring opportunities that the Wanderers created.

Both of the Wanderers’ first goals were mostly created the same way. A long ball from D. O’Sullivan went to L. Williams, who ran the ball to the by-line, to then cut it back and connect centrally. The first goal came from A. Harrison and the second from K. Cooney-Cross. Throughout the game, it was clear that if there was going to be a shot at goal, L. Williams was going to have some part to play in the build-up.

As the game progressed, the Wanderers capitalised on the depth of their team using players like K. Cooney-Cross, E. Mastrantonio and K. Hamilton to have an impact on the team’s attacking chances and get shots away.

Sydney FC’s defence was, for the most part, quite structured. Their lines were solid and tight, and they covered the middle of the pitch extremely well. If the Wanderers were looking to create options through the middle, they would have a very slim chance of doing so.

The way that Sydney FC defended allowed the Wanderers to play the ball between the lines and provided them with minimal opportunity to play a penetrating ball through those lines, leaving them no option but to play wide if they were looking to score.

One thing that became problematic for the Sydney FC defensive line was the extreme pace that the likes of L. Williams and K. Hamilton possessed. The 1v1 challenges that presented themselves between Green and Williams were huge, and something that the Wanderers were quick to identify as an area of weakness for Sydney FC, as that tended to be the side they would play down.

Whilst the scoreline may not represent it, Sydney FC were not short on attacking chances throughout the match. Early on, they had several chances in the box that they couldn’t put away. They also had their fair share of corners which were brilliantly whipped in by T. Polias; however, the Wanderers full-backs like A. Huynh and S. Staab managed to get the ball out of danger effectively.

The strategy Sydney FC had adopted to attack in this match was to play the ball wide to either C. Foord or P. Ibini who would then either drive or whip the ball in centrally. In the image above, you can see the numbers in the box that Sydney FC usually had when attacking, but again they were extremely outnumbered. Sydney FC also had several free kicks in critical areas and, with takers like A. Kennedy, these easily could have put the visiting team ahead.

What was evident with Juric’s Sydney FC team was their never give up attitude. Throughout the match, you could see moments where the team pressed high in goal kicks to try and win the ball and provide them with numbers for the counterattack. Even while being down 5-0, they pushed until the final minute, managing to create several opportunities that players like C. Foord, C. Logarzo and R. Siemsen would convert time after time in any other match.

It was apparent from the first whistle that the Wanderers’ game plan was to win the ball back high. Anytime the ball went backwards for Sydney FC, the Wanderers were right up there pressing to win it again. They pressed as a unit and in lines hard and fast, leaving Sydney FC no option, in many cases, but to play the ball forward and long. Considering connective play is Sydney FC’s strong point when building up, this definitely caused them a few issues.

Contrary to the Sydney FC defence, it wasn’t as hard to play between the lines of the Wanderers defence with some quick 1-2 passing, but thankfully for the Wanderers, the pace that the likes of E. Halloway and C. Nevin have ensured that that final through ball that was played was always taken care of.

One thing that the Wanderers did do that could have caused them quite a bit of a headache, were the fouls they gave away in potential goal-scoring positions. The fouls came purely from the determination of the players to win the ball back, however, being that close to goal could have really hurt them if they were to be converted. With Sydney FC having players like T. Polias and A. Kennedy taking these free kicks, the Wanderers were lucky they didn’t cause too much of a problem.

In the end, both teams put on a great display of football; however, it was clear Heffernan’s Wanderers had a game plan and knew how they were going to win this match. While Sydney FC had some clear chances, they just couldn’t convert them.

The Wanderers’ hard work and determination for the full 90 minutes paid off, securing them their first win in a Sydney Derby and cementing their position as a force to be reckoned with in the 2019/20 season.

You are going to love what Total Football Analysis are bringing you this weekend.

Starting with the Reiverderby in the German Bundesliga this coming Saturday, May 16 – Total Football Analysis will be bringing you live match commentary and analysis of Borussia Dortmund vs Schalke, kicking off at 14:30 UK. 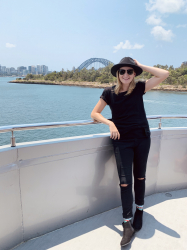