Atalanta have been one of the revelations of European football this season. They play an attacking football led by Gian Piero Gasperini who has radically changed the club’s performance since his appointment. Such is his influence that the team are now in the quarter-finals of the UEFA Champions League for the first time in the club’s history.

In this game, Atalanta beat Valencia 4-1 in a good performance by the Italian side. This tactical analysis will explain how they overpowered Valencia in the first leg of the round of 16 of the Champions League.

Atalanta played with a 3-4-1-2 formation. They decided to use two attacking midfielders as strikers and Pašalić, who is usually a midfielder, as an attacking midfielder. This will be important to Atalanta’s tactics as it means that most of the time when attacking, there will be no one in that number 9 position. This is thanks to both ‘strikers’ dropping down to create the play from deep.

Accordingly, this also allows Atalanta to have one more player in midfield with Pašalić. This is because when they usually play a 3-4-2-1 with Iličić and Alejandro Gómez as attacking midfielders, they tend to stay wide and not cover the middle. Seeing as Valencia played with a 4-4-2, Atalanta had superiority in the midfield against the two Valencia midfielders.

Atalanta is an attacking team, being the highest-scoring team in the Serie A. To promote this attacking football, they created superiority on the flanks by forming triangles with many players. They usually did short passes in these areas as they usually had more players on the wings. After that, they either advanced down that same flank or tried to switch the game after having drawn many Valencia players to that flank.

As you can see in figure one below, Atalanta have six men on the right flank. They clearly had more players than Valencia here, which allowed them to triangulate well and is actually where the fourth goal came from. An Atalanta player who was alone thanks to the superiority created, had the time to make the assist.

In order to gain more players on the flanks, Gasperini advanced the position of the centre-back so that they would become basically a full-back. This allowed the wing-back to advance their position to become a winger. In figure two, we can appreciate how Carlos Palomino (the centre-back) advances his position and Gosens (the wing-back) is in a winger’s position.

Once again, we see the agglomeration of Atalanta players on one flank and the passing lanes this creates, helping the fluidity of their game. Albert Celades (Valencia’s manager) did not seem to find a way to solve this during the game.

As mentioned before, both strikers are naturally attacking midfielders and behaved as such. In fact, the two strikers dropped in to help generate the play depending on where the play took place. For example, if the play were on the left, Alejandro Gómez would drop down to help.

In figure three below, you can see just how much he dropped down to help his teammates and he also helped in the creation of superiority in the flanks. The same happened with Iličić on the right side. This tactic allowed Alejandro Gómez to drop down to a midfielder role and help the wing-back. It is also obvious how much space he is in, thanks to the Valencia midfielders not expecting him to drop.

Elaborating on the strikers not being actual strikers, they did this so that the Valencia centre-backs would not have anyone specifically to mark. It was normal to see the attacking midfielder, Pašalić occupying this position by running from deep and catching the defenders off guard. In fact, thanks to this, they almost scored the first goal.

In figure three, we have an example when Pašalić made a run as if he were a striker and Iličić is actually the one making the assist. This also happened during the counterattacks where Iličić or Alejandro Gómez would drop, receive the ball and either lay off someone making a run from behind or turn and attack the goal.

Consequently, it also shows us one of Atalanta’s traits which is not having fixed positions and players switching positions often. This proved difficult for Valencia because it generated confusion as to who they should mark seeing as Atalanta players were constantly changing roles.

Atalanta have attacking wing-backs and in this game, they were so attacking that one would cross the ball from one side and the wing-back from the other side would be in the box to attack it. This created problems for the Valencia defence as it is not usual for teams to do this, thus sometimes leaving the wing-back unmarked or not fully closed.

Actually, this led to the first goal as you can see in figure five. Alejandro Gómez crosses the ball from the left and the Valencia left-back is late to see Hateboer (Atalanta wing-back) make the run. This leads Hateboer to win the position and score.

A feature of this Atalanta team is that they have daring centre-backs who are not afraid to push up and follow their man high up the pitch. However, when they were not aggressive enough or did not do it properly, Valencia took advantage of the situation. In figure six, you can see how high up the centre-back has come to mark Valencia’s striker. Nonetheless, he was not aggressive enough in his marking and allowed the striker to turn and make a through ball in the space he had left behind, generating problems for Atalanta.

Even in a low block, Atalanta’s defenders come up to not give the striker time to think when on the ball. However, Valencia tried to take advantage of this and nearly scored when Valencia’s striker went in behind into the space, the two centre-backs had left free in figure seven. In this image we can appreciate how the two centre-backs came to press Valencia’s left midfielder who is facing towards his own goal, therefore making it easier to press him.

Nevertheless, Valencia’s striker Guedes was facing Atalanta’s goal and so saw the space behind the defence and made a good run which almost ended in a goal. Atalanta should be more careful with this as it separates their three centre-backs significantly. It could potentially allow opponents to have a good chance while staying onside as some defenders are more forward than others.

When defending and pressing high, Atalanta switched to a 3-5-2 formation, with Pašalić dropping into the midfield to have more players there. This is seen in figure eight. In the second half and with a natural striker Zapata in the game, Atalanta defended near the halfway line, with less pressing intensity.

One problem with the 3-5-2 formation they defend with is that there is no winger to mark the opposing full-back. To solve this, they have two solutions, depending on the situation of the game. The first solution is for the nearest CM to mark the full-back while the wing-back stays with the opponent winger such as in figure nine. However, there were times in the game when the CM did not reach the opponent full-back quickly enough. This generated a 2 vs 1 opportunity for Valencia in the wing, where problems were created.

If Atalanta used this system in the entire game, the chances are that the midfielders would be running a lot and get tired. This made Atalanta come up with a second way to press the opponent full-back. The second method was to push the wing back up to mark the full-back and the defence shifts over as the nearest centre-back then covers the winger. When the defence shifts for this, one of the centre midfielders gets closer to the defensive line as we see in figure 10 in order to generate more balance and safety.

Atalanta are known to counter-press when they lose the ball. When Valencia somehow got through that pressure, Atalanta players were quick to come back to their positions. As a result, Valencia never once counterattacked with superiority. To show this, in figure 11 Valencia are on a counterattack and six Atalanta players are running to recover their position. Since Atalanta know they have many people up front pressing, they have to be sure to recover quickly when that does not work or there will be danger.

Overall, this tactical analysis piece shows how Atalanta were able to defeat Valencia 4-1 which was a tough result to take for Valencia as they also had chances to score. Atalanta once again proved themselves to be an attacking force while still showing weaknesses in defence, but it was nonetheless a superior game played by Gasperini’s men. 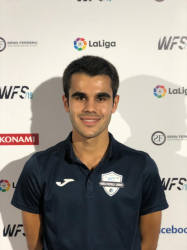