Juventus and Inter faced off on 8 March in the last Serie A match before football had to be put on hold. The emptiness of the Allianz Stadium clash, which was played behind closed doors, affected the atmosphere of the event. However, the importance of ‘Derby d’Italia’ made the clash that much more exciting and gave rise to a tactically interesting game.

Juventus prevailed 2-0 with goals from Aaron Ramsey and Paulo Dybala. Maurizio Sarri’s team dominated the game and deserved the win thanks to the individual qualities of the players and their good defensive organisation.

This tactical analysis will discuss the strategies adopted by the teams and how they both approached the clash.

Juventus lined-up with a flexible 4-4-2. Maurizio Sarri decided to leave Miralem Pjanić on the bench, preferring Rodrigo Bentancur as the centre-midfielder, along with Ramsey. On the two flanks, with different characteristics, Blaise Matuidi and Douglas Costa completed the line. Juan Cuadrado was employed once again as the right-back, while Gonzalo Higuaín was preferred to Paulo Dybala as the partner of Cristiano Ronaldo.

As previously mentioned, this formation was quite flexible. It usually became a 4-3-3 in the offensive phase. This was mainly influenced by the players’ characteristics: Matuidi often behaved more as a left midfielder than a full wide man while Douglas Costa tended to act as a right-winger. Finally, Ronaldo could move freely in the whole attacking zone, even if he received most of the balls outside the area, on the left side, as it is demonstrated by the following heat map.

Coach Antonio Conte deployed Inter in their traditional 3-5-2. The defence consisted of Milan Škriniar, Stefan De Vrij and Alessandro Bastoni, preferred to Diego Godín as the left centre-back. Marcelo Brozović acted as a playmaker, with Matías Vecino and Niccolò Barella next to him.

The wide midfielders were in charge of moving vertically between the lines to create space and eventually support the strikers (mainly Vecino). Antonio Candreva and Ashley Young occupied the two flanks. Lautaro Martínez and Romelu Lukaku were deployed as strikers. Most of the attacks were based on the combinations between the two.

Juventus tried to build up from the back with short passes. Wojciech Szczęsny was quite involved in the construction. He made 37 passes (95% accurate), most of them directed to his own third (31 of the 35 successful ones) and to the full-backs (13 to Alex Sandro, seven to Cuadrado).

Cuadrado was the one making more passes (35 forward, 11 back and 39 lateral), indicating a preference in developing the actions through the right side of the pitch, all with the goal to create more space on the left for Ronaldo.

Inter tried to oppose Juventus’ build-up by moving the wide players onto the opposition full-backs (Young on Cuadrado and Candreva on Alex Sandro). The two side-midfielders, Barella and Vecino, took care of Matuidi and Ramsey, while Bastoni exerted a strict all-out marking on Douglas Costa, as it is shown in the following captures.

Nevertheless, the key to Inter’s pressing was Brozović as he was responsible to put pressure on Bentancur, the fulcrum of Juventus’ game.

As soon as the first press was not effective, Inter’s midfielders doubled down on the flanks to control the wide areas.

Inter built-up similarly, giving most of the responsibility for starting the action to Bastoni. He frequently opened externally to Young (19 passes) and alternatively passed to De Vrij (17 times).

Juventus responded by moving the full-backs (Cuadrado and Alex Sandro) on the outside. Douglas Costa disturbed Bastoni, while Ramsey and Matuidi were in charge of following Inter’s full-backs’ movements

Bentancur’s position is peculiar. Sarri decided to keep him in front of the defence, in charge of closing the passing lines to isolate Inter’s strikers as much as possible. In this role, he made six recoveries.

The analysis is hereby displayed.

Higuaín, instead, had the most sacrificing task since he had to press both De Vrij and Brozović, guarding the whole central zone.

When the first press failed, Juventus formed their strict and well-coordinated defensive two-lines in a 4-4-2 system. This prevented most of the offensive development of Inter.

Ramsey gave a fundamental contribution to Juventus’ victory. Not just because he scored the first goal and assisted Dybala in making the second. Mainly, he continued to make off-the-ball-movements, favouring the teams’ shift forward and the creation of space when attacking.

He frequently moved either between the lines or dropped deeper, forcing the opponents to modify and break their defensive framework. In this regard, Ramsey received 13 passes from Bentancur.

The following pictures show a typical off-ball-movement from Ramsey. He attacked the space behind Barella and allowed Cuadrado to exploit the area close to the edge of the box. The movement by Douglas Costa is also pointed out.

Ramsey settled the game with his second-consecutive goal in Serie A. He was a constant threat to the opposition’s goal, creating 0.44 xG. Since Ronaldo moved freely in the final third, the two midfielders had to enter the box and occupy the area, waiting for an assist.

Let’s see how the first goal was scored.

In this match, Ramsey produced nine forward passes, with 89% accuracy. The ex-Arsenal man demonstrated his technical abilities even in the second goal: he accompanied the counter-attack and assisted Dybala.

Ramsey represents a reactive and dynamic midfielder, able to break the opponent’s lines with constant movements all over the final third and even inside the box. With these characteristics, he is ideal for Sarri’s tactics and principles.

Juventus-Inter demonstrated the issues of Conte’s team that is experiencing some difficulties in creating successful attacking alternatives.

In the central part of the match, between the 15’ and Ramsey’s goal (55’), Inter came out with a higher ball possession than Juventus, with a peak of 60%.

However, this resulted in a low overall xG (0.31 for the whole match) and just one shot on target over 13 total shots. This proves a poor offensive consistency.

The main attacking solutions adopted were aimed at exploiting off-ball-movements of Vecino and combinations between Lukaku and Martínez.

In particular, the following captures display Vecino moving between the lines and positioning himself in the box.

The attempt was finally saved by Juventus, thanks to the accurate positioning of the defenders and the high density inside the box.

Moreover, Inter tried to create attacking situations through combinations between Martínez and Lukaku. In all of them, one received with his back to the goal, while the other attacked the space in behind

Indeed, Juventus defenders showed their qualities in duels and therefore won most of the challenges against Inter strikers.

For instance, Lukaku displayed just a poor percentage of offensive duels won (22%). On the other side, Leonardo Bonucci dominated, with an 88% success rate in defensive duels. Matthis de Ligt delivered a convincing performance too, with 67% in the same area.

Therefore, even if Inter’s offensive moves appeared sterile, predictable and with poor solutions, Juventus’ defensive performance was also key in that regard.

In the second half, after Ramsey’s goal, Inter lost their temporary supremacy in ball possession and struggled even more to create good opportunities. After the entries of Christian Eriksen (59’) substituting Barella and Roberto Gagliardini (73’) in place of Candreva, Conte modified the line-up into a 4-3-1-2. Škriniar shifted to right-back, while Eriksen positioned himself as an attacking-midfielder, in support of the strikers. However, this change in tactics did not give Inter the necessary boost.

Juventus’ possession phase was quite impressive as well.

Cuadrado and Alex Sandro exploited their pace and ability in ball-carrying, doing numerous runs inside the central part of the pitch, to achieve numerical superiority.

Ronaldo then demonstrated his central role in finishing the action. He frequently received outside the area, in a left-wing position, with a simultaneous midfielders’ movement inside the goal area, to fill it along with Higuaín.

In the next example, Ronaldo moved out of the area and waited for the overlap by Matuidi, who finally shot on target. Handanovič, however, saved it brilliantly.

Here, even Matuidi attacked the box, waiting for the cross by Alex Sandro.

Juventus players’ quality was visible when they were in possession, particularly in the second half. In fact, the match had a turning point with Ramsey’s goal and further with the entry of Dybala (59’), substituting Douglas Costa.

Starting from there, with an even better ball circulation and time and space management, Juventus secured the result.

Juventus prevailed over Inter, winning 2-0 in the big match on 8 March. This result was achieved thanks to the strong choices taken by Sarri. An important point was to keep Bentancur almost fixed in front of the defence, in charge of intercepting key passes/smart passes and isolating Inter’s strikers. This gave more protection to Bonucci and De Ligt.

Juventus exhibited a good defensive organisation, with clear supremacy in defensive duels (nine over 11 won by the centre-backs). However, the great technical quality of their offensive players, Ronaldo and Dybala above all, as well as the role played by Ramsey, were crucial in the victory. This match demonstrated how Juventus are still the favourite to win the league.

On the other side, Inter showed good ball rotation and possession. However, this was quite sterile, with few chances (0.31 xG) and just one shot on target. The poor form and inspiration of the strikers didn’t help.

Conte paid for the lack of offensive alternatives to Lukaku and Martínez, poor consistency and the limited contribution of the midfielders in attack. In regards to that, Eriksen could help significantly in bridging the gap to Juventus, but he needs to fully integrate into Inter’s offensive mechanisms. Conte has to get the best out of him since he can give a lot to the team. 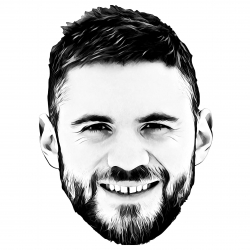