In this article, I will be using both data and tactical analysis to highlight strikers who are 25 and under and have played no fewer than 900 minutes across Europe’s big five leagues. Let us see if there are any alternatives to Harry Kane after the England Captain dropped a bombshell on Tottenham.

The 26-year-old England captain, contracted until 2024, has previously suggested he could stay with his boyhood club for his entire career. But, during an interview with Jamie Redknapp, he refused to rule out a Tottenham exit stating: “I love Spurs, I’ll always love Spurs but I’ve always said if I don’t feel we’re progressing as a team or going in the right direction, I’m not someone to stay there for the sake of it.

I’m an ambitious player, I want to improve, get better and become one of the top, top players. It all depends on what happens as a team and how we progress as a team. So it’s not a definite I’m going to stay there forever, but it’s not a no either.”

Harry Kane has proven himself as one of the most feared strikers in Europe during his time at Tottenham. The Englishman’s statistics are proof of that as he has scored 136 goals in 201 Premier League appearances. Furthermore, he secured the Top Scorer award in 2015/16 with 25 goals and again in 2016/17 with 29 goals.

There is no doubt that if he is to leave, his replacement would need to be able to carry the goal-scoring burden. Kane has scored 33% of Tottenham’s goals in the Premier League over the past six seasons.

Taking the above into consideration, a good place to start data analysis would be by comparing non-penalty expected goals (NPxG) per 90 and their shots per 90. This will help to identify individuals that are volume shooters who also shoot from good positions. Also, a high NPxG figure would hold a significant value due to the need for Tottenham to replace Kane with an out and out goal scorer.

This season Harry Kane statistics show the striker taking 2.22 shots per 90 minutes and has a non-penalty expected goal figure of 0.34.

The first player which stands out is Kylian Mbappé, the 21-year-old from Paris Saint-Germain is currently averaging 4.68 shots per 90 and has an NPxG figure of 1 per 90 minutes.

Following the Frenchman is Gabriel Jesus. The Brazilian is dispatching 3.84 shots per game for Manchester City and has an NPxG figure of 0.8, making each shot average an xG figure of 0.2.

Next up is Timo Werner of RB Leipzig who is averaging 3.25 shots per 90 in the Bundesliga and his NPxG is 0.6.

Lautaro Martínez of Inter completes the list with 3.17 shots per game and an NPxG figure of 0.5 per 90 minutes.

The next step of the data analysis is to highlight the players, who are converting their opportunities, I have done this by comparing the total shots per 90 minutes figures by the conversion rate to see how many chances it is taking individuals to put the ball into the back of the net.

Harry Kane has a conversion rate of 25%.

The two new additions whose outputs have caught my eye are Marcus Rashford of Manchester United, the 22-year-old boasts a conversion rate of 24% from his 2.82 shots. Moussa Dembélé of Lyon completes this list with the 23-year-old converting 32% of his 2.06 shots per 90.

I have identified a shortlist of four potential players that have interesting data so far this season and could be an alternative to Harry Kane. Each player provides a slightly different skill set but certainly has similarities with the Englishman and could be deemed as a viable alternative.

The next step would be to carry out an ‘eye test’ or tactical analysis on the players to evaluate the individual’s style of play and evaluate if they be a good fit at Tottenham.

Timo Werner is thriving under the guidance of Julian Nagelsmann at RB Leipzig. The 24-year-old has scored 21 times this campaign, contributing to 34% of the team’s goals. The German is outscoring his xG figure by 2.51 and has an impressive 28% conversion rate. Werner is contracted with RB Leipzig until 2023, however, it has been widely reported that the striker has a buy-out clause in his contract for significantly less than his market value of £72 million.

Timo Werner’s strongest capability is his ability to link up with the players around him. He has excellent awareness and can bring players into the game, this would be essential at Tottenham as the striker will have the likes of Dele Alli, Lucas Moura and Son Heung-Min in support during the transitional phase. This strength is highlighted with his seven assists and 10 big chances created this season.

Timo is also an expert with understanding the game, he knows when to drop into midfield and when to stay on the shoulder, these movements have become second nature.

Moussa Dembélé has played 2,189 minutes of football this season in Ligue 1 for Olympique Lyon. Dembélé stands out for his exceptional conversion rate of 32% highlighting his ability to be clinical in front of goal. Due to this exceptionally high rate, the Frenchman is also outscoring his expected goal figure by 4.6. The market value of the 23-year-old stands at £45 million and has three years are remaining on his contract.

Moussa’s main strength is his ability to find space behind the defence, the Frenchman can manipulate the opposition’s centre-back out of position for other attacking players to exploit the space in behind.

As a lone striker, operating in a 433 under Rudi José Garcia Moussa has shown his ability to led the line at Lyon and has won 44% of his aerial battles this season, he has also grown to be aware of the opposition’s defensive line and which key areas can be exploited. Dembele certainly has an eye for that, a large proportion of his goals for Lyon this season have come from the opponent pressing high up the pitch where Dembele has the speed and movement to latch onto through balls.

Lautaro Martinez has impressed this season for Inter under Antonio Conte who are sitting in third place of Serie A. The Argentinian has scored 11 goals in the league which is 22% of Inter’s total goals scored, he is performing slightly under his expected gals figure. With a market value of £75 million, his acquisition would not be cheap, however, the striker is only 22 years old and therefore Tottenham could look to him for many years.

Martinez has become vital in how Antonio Conte wants his team to defend at Inter, the Argentines primary role without the ball is to act as the trigger for the rest of the side to press. This is something which Harry Kane often leads at Tottenham, the striker can often be found making runs to engage with the ball high up the pitch. Lautaro acting as the focal point of the press results in him expending a large amount of energy without the ball, regularly sacrificing his attacking prowess to help the cause.

I have included Dominic Calvert-Lewin in this list because, in my opinion, his versatility and skill set is fascinating. He has scored 13 league goals this season for Everton, 33% of his teams goals. Despite this impressive figure the Englishman is underperforming against his xG figure by 1.15 which highlights that he has been unlucky and should have scored more. Dominic has a market value of £27 million and could be an ideal replacement due to being English which could generate a significant return on investment for Tottenham and Daniel Levy.

He is used to leading the line at Everton who normally lines up in a 4-2-3-1 formation, the striker has a strong aerial presence winning 46% of his duels this season, a figure higher than Harry Kane’s.

With a market value of £45 million, I assume, that Moussa Dembélé would be a suitable replacement for Harry Kane. The 22-year-old has 38 goal contributions (31 goals and 7 assists) across the last two seasons in Ligue 1.

His movement and awareness of where space is on the pitch and ability to exploit it would be a key asset, especially considering the pace which Tottenham possess in the final third. The Frenchman often uses his body positioning to his advantage when holding the ball up and linking up play.

His relatively low market value would also allow Tottenham to invest funds into other areas of their squad such as strengthening the defensive unit. 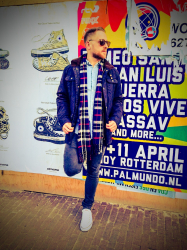