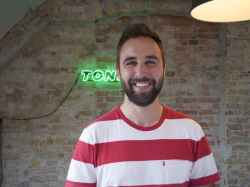 Rising star Alexander Isak is turning heads with his performances for Real Sociedad this season. Having bagged seven La Liga goals in 23 appearances, plus a further seven Copa Del Rey goals in just five appearances, he is out to show Borussia Dortmund why they were wrong to let him go. But what is it that Real Sociedad saw in him, and how can he take the step from a talented teenager to a world-class striker? This scout report provides the answers.

Isak began his career at AIK but quickly shot through the ranks, breaking numerous records along the way, most notably becoming the club’s youngest ever goalscorer. His performances caught the eye of Lucian Favre which resulted in Borussia Dortmund stumping up 8.6 million euros for the Swede.

Since becoming the most expensive signing from Allsvenskan, naturally, comparisons to Zlatan Ibrahimovic began to surface. However, those comparisons soon disappeared as he failed to make a single appearance in front of the ‘yellow wall’ in the 2017/2018 season, prompting a loan move to the Dutch Eredivisie with Willem II. The 2018/2019 season proved to be somewhat of a breakthrough season for the 6-foot 4-inch striker, where he scored 13 goals in 16 Eredivisie appearances.

With the belief that he should be competing in the top European leagues, he made his way to the north of Spain where, this season, he is plying his trade in the Basque Country with La Liga outfit Real Sociedad. He has followed up on his breakthrough season in the Eredivisie with standout performances in the Copa Del Rey – the quarter-final against Real Madrid being the pick of the bunch. This analysis will take a closer look at what makes Isak so difficult to play against, and how he compares to the world’s best centre-forwards.

Isak comes alive in and around the box, showing unpredictability in his decision making. His off-the-cuff approach means that defenders find it difficult to read what he will do next. Real Madrid felt the full force of his Zlatan-like finishing in the Copa Del Rey quarter-finals, with two stunning goals in three minutes.

The first goal began with Isak dropping deep and flicking on a header into the wide left channel for Ander Barrenetxea. While Barrenetxea does brilliantly to reach the by-line, the Sweden international shows maturity and patience to time his run in behind Sergio Ramos. Barrenetxea then delivers a floated ball just outside the six-yard box where Isak shows his technique and confidence, performing an acrobatic scissor-kick finish in the top left corner.

Three minutes later, Isak is at it again. This time he stays central, splitting the two Real Madrid centre-halves. Andoni Gorosabel wins possession for Real Sociedad at the halfway line, and Isak springs into action, showing intelligence to run across Éder Militão, taking him away from the marauding right-back, Gorosabel. He finds himself on the right side of the penalty area, where he was alert to a fortuitous deflection that fell in his path. He then settled the ball and showed composure to lash the ball into the top right corner of Aréola’s goal.

Without performing a tactical analysis on the shambolic defending from Real Madrid, this was a coming-of-age moment for the young Swede. “ Ole, ole ole ole, Isak, Isak” could be heard from the Real Sociedad faithful as he was substituted to a standing ovation.

Against Osasuna, Isak again demonstrated his ability to improvise in key situations, breaking the deadlock in the Copa Del Rey round of 16. Isak initiates the move by picking up the ball deep in midfield before showing trickery to evade the midfield press. After laying the ball off to Martin Ødegaard, Isak is not satisfied with his contribution and continues his run to the edge of the ‘D’. With his body shape, Isak suggests that he wants to receive the ball to feet, but when Ødegaard plays the pass, he instinctively drops his shoulder and allows the ball to run across his body, giving himself half a yard to take on a shot. From a tight angle, and with pressure from the Osasuna centre-half, he drills the ball into the far corner.

Isak’s ability to improvise in and around the box, and his tendency to drop deep and link the midfield play, makes him a constant threat to opposing defenders. If he has space to drop deep and turn with the ball, he will do so and utilise his blistering pace. This was evident for Martin Ødegaard’s goal against Real Madrid where he received the ball deep and had time to turn and run at the (hapless) Éder Militão before unleashing a vicious shot that was parried out to the Norway international.  Otherwise, he is happy to bide his time and use his creativity in and around the penalty box, where he has proven to be deadly.

Understanding if Isak is simply enjoying a rich vein of form, or if he is rubbing shoulders with the world’s best strikers, requires us to compare his attacking output against the elite. Lukaku and Håland are probably the two strikers that are most similar to Isak physically and stylistically. Ibrahimović has been included because everyone seems to compare Isak to the legendary Swede, so we will do the same here.

The table shows key metrics for the centre-forward position, and numbers are calculated over the calendar year. The green text represents the player that holds the top rank, and the red text signifies the lowest-ranked player.

So where does Isak lead the charts? We can see that Isak has produced the most successful attacking actions and the highest percentage of shots on target. This suggests a level of efficiency and maturity in his attacking play, which was observed in his Copa Del Rey performances against Real Madrid and Osasuna. Isak has also produced the highest number of dribbles per 90 minutes, where he drops into areas between the defence and midfield, allowing him to receive the ball and run at the back four – a key aspect of his attacking game.

On the other hand, Isak’s dribble success rate is the lowest out of the four forwards. This was evident in his most recent game in the Copa Del Rey semi-final against Mirandés, where he consistently lost possession in dangerous attacking positions. Additionally, he has the lowest assist rate per 90 minutes. Isak could take his game to another level if he becomes more consistent with his dribbling attempts, and contributes with more assists.

Alexander Isak is a tall, pacey centre-forward that plays what he sees in the moment. He is fluid in his movement around the box and his creativity makes it hard for opposition defenders to predict his next move.

His attacking output is comparable with the elite strikers in the top European leagues. Out of Lukaku, Ibrahimović and Håland, only the unplayable Norwegian has a better goal per game ratio and goal conversion percentage, suggesting Isak is able to mix it with the best.

But he needs to play consistently at the top-level to prove his worth. At Real Sociedad where the team’s tactics suit his game, he is getting valuable game time, but generally as a support striker for Willian Jose. However, there has been speculation that Willian Jose will leave the San Sebastian club, meaning that next season could be a big opportunity for Isak to become the club’s main forward. With the club currently eighth in La Liga  – one point off the European places, with a game in hand – he may also have the opportunity to showcase his ability on the European stage.