The arrival of Unai Emery as Arsenal manager ahead of the 2018/19 campaign saw the Spaniard sanction the signing of five first-team players – among them: French wonderkid Matteo Guendouzi. The Frenchman surpassed all expectations, quickly becoming a mainstay in Emery’s side and playing a part in 48 games during his first campaign in England. Despite the arrival of creative midfield maestro Dani Ceballos this summer, Guendouzi is likely to see just as much action this term.

This tactical analysis is a scout report providing an in-depth analysis of just what Emery sees in the young midfielder.

Guendouzi is a versatile central midfielder – adept at playing on the left, right, or in the middle. This came in handy for Emery, who spent much of his first season struggling to determine his side’s tactics. As a result, Guendouzi has seen found himself on the left-hand side of a midfield two in a 4-2-3-1 and 3-4-1-2, as well as on the left of a midfield three in 4-3-3 and 4-3-1-2 formations. Best described as a Mezzala – the half-winger, Guendouzi tends to occupy the length of the half-space – dropping deeper into the space left by marauding fullbacks, or advancing forwards, providing a more central passing outlet for the fullback or wide midfielder ahead. He is capable of influencing the game at both ends of the pitch – a true box-to-box midfielder.

Whether partnered with the less mobile Granit Xhaka or the defensive-minded Lucas Torreira, Guendouzi is expected to provide pace and energy in Arsenal’s midfield. Guendouzi can progress the ball – making 2.28 dribbles and 2.19 progressive runs per game.

Dropping deep to collect the ball from the centre-halves, Guendouzi’s direct run through the centre circle and pass into the centre-forward caught the Burnley defence off guard, allowing the forward to turn and create a promising offensive situation.

Guendouzi’s activity is not restricted to the defensive third – and, with an average of 22.25 forward passes per 90, coupled with a pass success rate of 84.3%, he clearly demonstrates real potential to impact the game. Here, we see a recovery in the half-space coupled with a direct run towards the box.

When Guendouzi does get on the ball in dangerous attacking areas, he is capable of tidy footwork, and often makes unexpected dribbles, indicating some level of flair. Here we see Guendouzi receive the ball on the edge of the opposition box. Rather than dribble towards the goal, or try to play in the centre forward, he instead opts to dribble past two opposition defenders down the half-space, creating an overload on the left-hand side.

The result – two overlapping offensive options, and a number of potential attacking passing moves open, turning the defence onto its side…

However, a meagre return of just one goal, two assists, and one second assist during his first season indicates that Guendouzi does not yet possess the clinical nature required of playmakers in the final third.

The instigation of a high-pressing system under Unai Emery should benefit Guendouzi. However, Guendouzi’s defensive contribution is mixed – winning 61.8% of his defensive duels, but only 37.7% aerial duels during his first season.

Guendouzi also often struggles to maintain his defensive discipline, breaking from the line and leaving his midfield and defensive partners exposed. Here, the ball is loose in the centre of the field. Guendouzi’s decision to press alone leaves the centre of the field entirely unguarded, providing the opposition with an area to attack. The resulting move generates a four v four offensive opportunity for the opposing team.

Guendouzi is capable of defensive discipline, however, as shown below. Tasked with pressing the opposition midfield, he shows awareness of the large open space on Arsenal’s left side and makes a recovery run to cover the space.

The result? Arsenal can reform a low defensive block, preventing their opponents from generating an attacking overload, as we see here:

Guendouzi enjoyed a fruitful first season in the Premier League. Considering his age and the enormous jump in quality from Ligue 2 to the Premier League, it is commendable that he managed to slot straight into the Arsenal first team. Whilst he still has much to learn if he is to develop into a top-quality central midfielder, he has made encouraging progress, demonstrating significant improvements in his decision making and composure, as well as his tactical discipline as he enters his second season with Arsenal. Our analysis suggests Guendouzi’s work rate, work ethic, and wealth of offensive and defensive qualities mean he could develop into a competent box-to-box midfielder in the coming years. 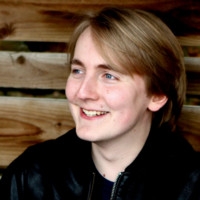