If you think of Belgian central defenders, it is easy to think of Vincent Kompany, Toby Alderweireld and Jan Vertonghen as the standout names. But, closer to home in Belgium, there are centre backs such as Sébastien Dewaest, who has been integral to Genk’s recent success. This scout report will produce tactical analysis to shed some light on the defender by highlighting his playing style, offensive and defensive appraisals and statistical comparisons with alternative central defenders in the Belgian First Division A.

Despite being born in Belgium, Dewaest joined Lille’s academy as a youngster before making two appearances for Lille II as a professional. From there, he has moved back to Belgium and worked his way up to Genk. Initially, he joined Belgium Division B side Roeselare in 2011, before joining top division side Charleroi in 2013 for £225k. In 2015, Dewaest joined Genk for £2.25 million, where he currently plays his football.

Dewaest’s rise to the upper echelons of Belgian football has a correlation to his age-related football development. At 20, he moved into the Belgian professional leagues and progressed as he grew in physicality, experience, technical execution and tactical knowledge. Now, at 28 years old, the common argument would suggest that the player is in the prime of his career, coinciding with his most successful time as a player, competing and winning league titles with Genk.

Despite not breaking into the Belgium national team, Dewaest did represent his country at multiple age levels up to under 19 level.

Sébastien Dewaest stands at 6″ 2′ tall and weighs 88kg. While Dewaest is physically impressive, in comparison to other central defenders within the Belgian First Division A, the analysis shows that Dewaest actually ranks 15th in terms of his aerial duel success rank, suggesting that while successful in over half of his duels, he does not top the league rankings. However, Dewaest’s values are not poor by any stretch. Success percentage is the most useful metric to appraise his aerial duels, this is because the aerial duel per 90 metric is influenced by team quality and opposition. For example, Genk, as the best team in the league last season, dominated possession with an average of 56%, therefore, it is likely that because of Genk’s tactics they required fewer defensive actions when compared to teams who played the majority of matches without control of the ball.

If we look at Dewaest in comparison to his central defensive partner, Joseph Aidoo, we can see that Dewaest is the most successful in terms of aerial duel success rate and the number of duels per 90. Such differences outline a slight role difference between the left and right centre back. It would appear that Dewaest is more aggressive and squeezes up the pitch to mark strikers which drop off, while Aidoo retains a deeper position in order to cover should Dewaest be unsuccessful in winning the aerial duel or tackle. This can be seen below in the average formation for Genk, and the heat map comparison of the two. Dewaest predominantly played in the left centre back role.

Dewaest utilises his role as the aggressive centre-back well when defending crosses from open play and set pieces. His aggressive nature also ties in with successful positioning, awareness, marking and decision making. Such attributes are difficult to measure, but vital when attacking balls played into the penalty area by the opposition. His successful psychological attributes will later be discussed in an offensive sense. Whilst it is difficult to appraise his individual contribution to defending set-pieces and open play crosses completely, we can look at Genk’s stats for the season. They conceded just six goals from set-pieces, excluding direct free kicks and penalties, which was the joint second-best record in the league. This success, as well as successfully defending as a team led them to achieve the best defensive record, conceding just 39 goals overall.

If we take a look at Dewaest’s tackling and interception performance, we can see that his aggressive role, superior aerial duel success at Genk and similar aerial duel success compared to league alternatives is vital to his overall performance. Dewaest is ranked 21st in the central defender category for tackle success, with a success rate of just 14%, suggesting he is poor at predicting opposition play and timing his tackles to win the ball from them. But, this is where team-mate interaction becomes important, Aidoo, who we have determined likes to drop deeper and offer sweeping tackles or interceptions, is ranked 9th for tackle success and completes more interceptions when compared to Dewaest. This suggests that while the Belgian performs very poor in these metrics, his overall role and contribution to the defensive phases outweigh this negative.

To conclude this defensive segment, Dewaest was a vital cog within the Genk defence which recorded a league-best 39 goals conceded. Dewaest’s role within the backline appears to be the aggressor and aerial specialist, with Aidoo offering the covering safety when the ball is on the ground, to cover Dewaest’s potential poor tackling ability.

Moving onto an offensive appraisal of Sébastien Dewaest, we can analyse the players passing ability and goal threat.

It appears that the Belgian is very comfortable with the ball at his feet as he produced the best pass accuracy within the Belgian First Division last season. His statistics are going to be boosted by the fact that he plays for the Belgian champions, who dominate possession, and so he has numerous high-quality options ahead of him when he has the ball at his feet. But, Dewaest still has to utilise his technical ability to complete the pass. In addition, if we take a look at the average pass distance, Dewaest’s values are higher than some alternative central defenders in the league, suggesting he is attempting and completing both long and short passes successfully, rather than simple short passes which could be expected of a centre-back within a possession dominant team. Many of these passes are progressive in nature, given the number of forward passes per 90 minutes, suggesting that Dewaest’s passes also contribute directly to attacks, rather than lateral or backward passes which mainly retain possession.

Many of these goals come from set-piece situations. In 18/19, Genk scored a league-high 16 goals after set-piece situations, this includes, corners, indirect free kicks and rebounds after direct free kicks, penalties and initial direct free-kick goals are excluded. Dewaest scored four goals from set-pieces, meaning he contributed 25% of Genk’s goals from set plays. In all competitive matches, he scored seven goals, highlighting that his physicality is matched with psychological attributes involving decision making on runs, positioning, timing and desire to win the ball and attempt a shot on goal.

However, an attribute that tends to go unnoticed for the Belgian is his finishing ability with the ball at his feet. Yes, his physicality means he is able to score multiple goals with his head, but, of the seven goals he scored in 18/19 in all competitions, 43% were headed shots and 57% were footed shots, including volleys. This highlights that his psychological traits of decision making, positioning, timing and desire discussed above and matched by his technical ability and finishing prowess when offered the chance of a volley or ground shot with his feet.

Below we can see Dewaest’s goal threat by numbers. In all competitions, he scored seven goals, featuring no penalties, exceeded his xG which highlights his effective finishing prowess and produced impressive shot on target and conversion statistics.

If we take a look at some of the detailed statistics surrounding goal threat of central defenders in the Belgian First Division A, which excludes European and cup competition for a fair comparison, we can see that Dewaest’s stats are up there with some of the best offensive centre backs in the league. Dewaest scored 4 non-penalty goals in the league which was ranked third for centre backs and exceeded his xG. The defender also produced the highest shot on-target accuracy and second-highest goal conversion rate, suggesting he finds the target regularly with high-quality shots which beat opposition goalkeepers over 20% of the time.

Overall, in an offensive sense, Genk will be extremely pleased with the contribution of Dewaest, adding vital goals in domestic and European competitions to aid Genk’s successful season.

Looking forward to the 19/20 season, in which Genk will be defending champions, Dewaest will be hoping he can continue to contribute to a Genk defence who conceded the fewest amount of goals, whilst also continuing to contribute vital goals in an offensive sense.

By looking at the Genk squad, many changes have occurred over the summer transfer window. Influential players Leonardo Trossard, Ruslan Malinovskyi, Marcus Ingvartsen and central defensive partner Aidoo have all left the club. In response, Genk have signed six young talents, all under the age of 23, as well as promoting numerous players from Genk II.

It will be interesting to see how Genk’s new players settle in, and how Dewaest adapts to new players ahead of him and a new centre-back partner. So far, it looks to be business as usual for the Belgian side as in the recent Belgian Super Cup, which is the season curtain-raiser, Genk won 3-0, with Dewaest scoring a brace. A statement of his importance has also been made by handing him the captaincy for the season.

To conclude, Dewaest has developed throughout his time in Belgium after returning to his homeland after a spell with Lille’s academy. Until this point, he has developed into an aggressive, strong centre back, with his main defensive strength lying in aerial duels. His major weakness defensively involves his 1v1 tackling, however, if utilised correctly within a system, it appears that this negative can be nullified. Whilst a defender by definition, the centre back is able to contribute significantly with multiple goals each season and utilise his passing ability to further contribute to attacking sequences during the build-up. With Genk qualified for the Champions League group stage, Dewaest will be aiming to work hard over the summer, in the hope of pushing himself to the next level of performances and build on the successful 18/19 campaign with new teammates.

If you love tactical analysis, then you’ll love the digital magazines from totalfootballanalysis.com – a guaranteed 100+ pages of pure tactical analysis covering topics from the Premier League, Serie A, La Liga, Bundesliga and many, many more. Buy your copy of the July issue for just ₤4.99 here, or even better sign up for a ₤50 annual membership (12 monthly issues plus the annual review) right here. 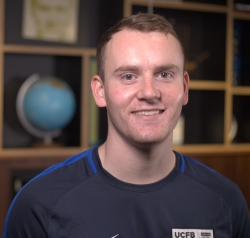 Follow me
Latest posts by Connor McGillick (see all)