2019/20 is the first season that Manchester United’s Women’s team will join the Women’s Super League (England Division 1). In this preview, we will look at key players, analyse the team’s transfers and compare the squad to other teams in the WSL.

After being reformed in May 2018, MUWFC (Manchester United Women Football Club) joined the FA Women’s Championship and dominated the league from the start with a 12-0 win over Aston Villa in their opening game. Nineteen games later and with only one loss to Durham, United finished top of the league with a nine-point gap to second-place Tottenham Hotspur.

Manchester United used a variety of formations last season in the Championship. The most common line-ups implied that a 4-3-3 was their formation of choice. The system worked well for them with the fullbacks and wingers providing the width and overloading the opposition defenders with constant pressure, resulting in a plethora of goal scoring opportunities.

When attacking, the ball would regularly be played wide so that wingers and overlapping fullbacks could cross the ball into the box for players to attack. In their game against Lewis FC, the wingers and fullbacks combined regularly to produce eighteen crosses in the first half alone.

Looking at the example below, substitute, Hanson, goes down the right-wing, beats her woman and delivers a low cross into the box where Palmer was waiting to step up and put the ball in the back of the net.

This was a strategy that the unorganised teams of the Championship struggled to cope with. In order to defend this kind of attack, defenders not only need to track runners but also be aware of the space those runs create behind them. In this instance, Lewis’ midfield fails to track Palmer’s late run into the box and the eighteen-year-old scores her first goal for the club.

WSL teams will be able to meet the tactical and physical requirements of defending this kind of build-up and winning any duels from crosses that make it into the box, making it extremely unlikely to be as effective next year.

When defending, Man United’s defence and midfield become compact, forming two lines of four and waiting for the opposition to make a mistake in their build-up. This strategy limits the attacking opportunities because of the lack of space that players will have to operate in when receiving the ball between these two lines of defence.

Overcoming this system can happen in multiple ways; a ball over the top into a striker, or passing the ball between the lines. The latter draws players out of position so that the space behind them can be exploited.

This strategy proved effective in the Championship, where United conceded just seven goals from their twenty games. However, this kind of tactic is likely to be less effective in the Women’s Super League (WSL) where the quality of opposition is higher and players are more comfortable in possession.

The attacking players from the likes of Arsenal and Chelsea are more than capable of unlocking defences with key passes and quick movement, even in tight spaces.

Without any “world-class” players in their squad, Man United’s tactics are going to have to be disciplined if they want to challenge the best in the league for points.

In goal last season, Siobhan Chamberlain was used in eighteen of the twenty Championship matches for United. At thirty-three years old, Chamberlain’s experience was extremely valuable to Stoney. The manager only had eighteen-year-olds, Bentley and Ramsey, to turn to if Chamberlain was absent.

Mary Earps, who was a part of the PFA Team of the Year with Reading in 2016, has joined United to provide competition to Chamberlain. Yet, after achieving fifteen clean sheets last season, Chamberlain will likely retain her position for the opening games of the season.

New addition Abbie McManus, from rivals Manchester City, is a huge signing for United. She is extremely versatile, but with the quality at fullback, McManus is likely to be deployed at centre back, replacing Amy Turner in United’s best possible team. At twenty-six years old, and entering her prime, McManus will be a key player for the Red’s in their first season in the WSL.

Stoney has identified United’s defence as a weakness going into next year and is addressing it with the signing of defensive midfielders, Jackie Groenen and Hayley Ladd.

Groenen’s stats show averaged 5.35 interceptions and recovered the ball 8.41 times per game at the Women’s World Cup. The Dutch international’s great defensive statistics will put a lot of pressure on the current Manchester United midfield, for a place in the first team.

Hayley Ladd was the defensive midfielder for Birmingham last season. She had 84% pass accuracy and made 5.74 interceptions per game (compared to N’golo Kante’s 1.22 interceptions in the men’s premier league last year).

With two new defensive midfielders, Casey Stoney could be more tactically flexible next year. Mollie Green and Lauren James scored a combined twenty-seven goals last season making them important to the United attack. However, Charlie Delvin and last year’s player of the year, Katie Zelem, could be used less often in games where United are required to be more defensively-minded.

Scoring goals didn’t seem to be a problem for the Red’s last season. They scored a total of ninety-eight goals with five players getting double figures.

Top scorer Jessica Sigsworth played as the striker for the team, scoring seventeen goals from nineteen appearances in the league last season. However, Casey has decided to sign twenty-nine-year-old Jane Ross from West Ham.

Ross scored seven goals from twenty appearances last season. Stoney must see her experience in the league as very valuable to her squad who only have a handful of former WSL players.

Manchester United were extremely impressive last season in the Championship, but how will they stack up against the best of the Women’s Super League?

Looking at the table from last season you can see that Arsenal was far and away the best team in the league. Clearly there is a second tier of Manchester City, Chelsea and Birmingham, before a thirteen drop to Reading in fifth.

If Man United achieved fifty-five next season, they would win the league by one point. Obviously, these points from the Championship don’t directly translate. However, Man United could have lost against all of the top four, both home and away, and would have still finished four points above fifth place, Reading.

Also, in the FA League cup, Manchester United reached the semi-final defeating WSL teams such as West Ham, Liverpool and Everton before a narrow 2-1 defeat to WSL champions Arsenal.

Manchester United dominated the Championship last season. They are hoping to do the same this year in the WSL, but the top teams will be technically, physically and tactically strong. If Man United carry through their performances next year, develop tactically and add squad depth, they could finish inside the top four next season.

With their new signings already integrated into the squad from pre-season, the Red’s debut WSL season will be one to watch.

Here is the predicted line-up for that game, based on the analysis:

If you love tactical analysis, then you’ll love the digital magazines from totalfootballanalysis.com – a guaranteed 100+ pages of pure tactical analysis covering topics from the Premier League, Serie A, La Liga, Bundesliga and many, many more. Buy your copy of the July issue for just ₤4.99 here, or even better sign up for a ₤50 annual membership (12 monthly issues plus the annual review) right here. 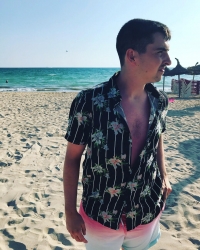 Follow me
Latest posts by Pete Warwick (see all)